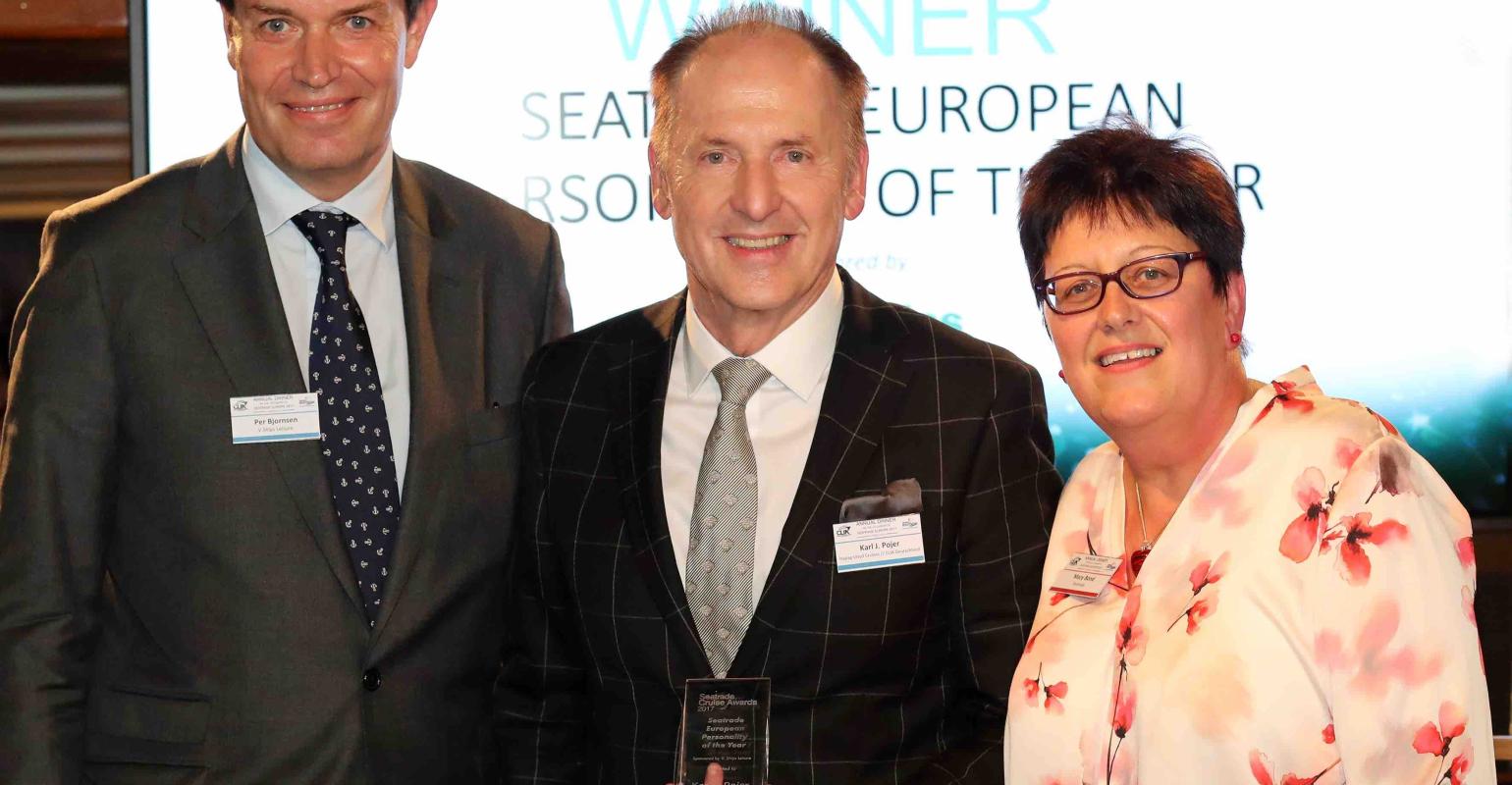 European Cruise Personality of the Year is Karl J. Pojer, center. At left is Per Bjørnsen of V.Ships Leisure, sponsor of the award. Seatrade's Mary Bond is at right

Destination of the Year is Le Havre Tourism Board, collected by Valerie Conan, director, cruise department. Finalists were Cruise Copenhagen and Québec City.

The Seatrade Cruise Awards, sponsored by Oracle Hospitality, were announced during the CLIA Germany Annual Dinner on the occasion of Seatrade Europe. V.Ships Leisure sponsored the European Personality of the Year Award, while Cruise Baltic sponsored the Marketing Initiative of the Year, a new award.

'Once again, we have had a staggering number of entries—over 100—from across the globe,' said Mary Bond, managing director for publishing, Seatrade, who emceed the awards and was joined on stage by Ingo Sorensen, AVP, global cruise sales, Oracle Hospitality. 'The caliber of entries was also exceptionally high and I am grateful to the independent panel of judges who spent considerable time deciding the worthy winners,' Bond added.

Held annually for 11 years, the Seatrade Cruise Awards recognize and reward the best of international cruise achievement and act as a catalyst for driving continuous improvement across the industry.