Spruced up, an expanded and redesigned Long Beach Cruise Terminal 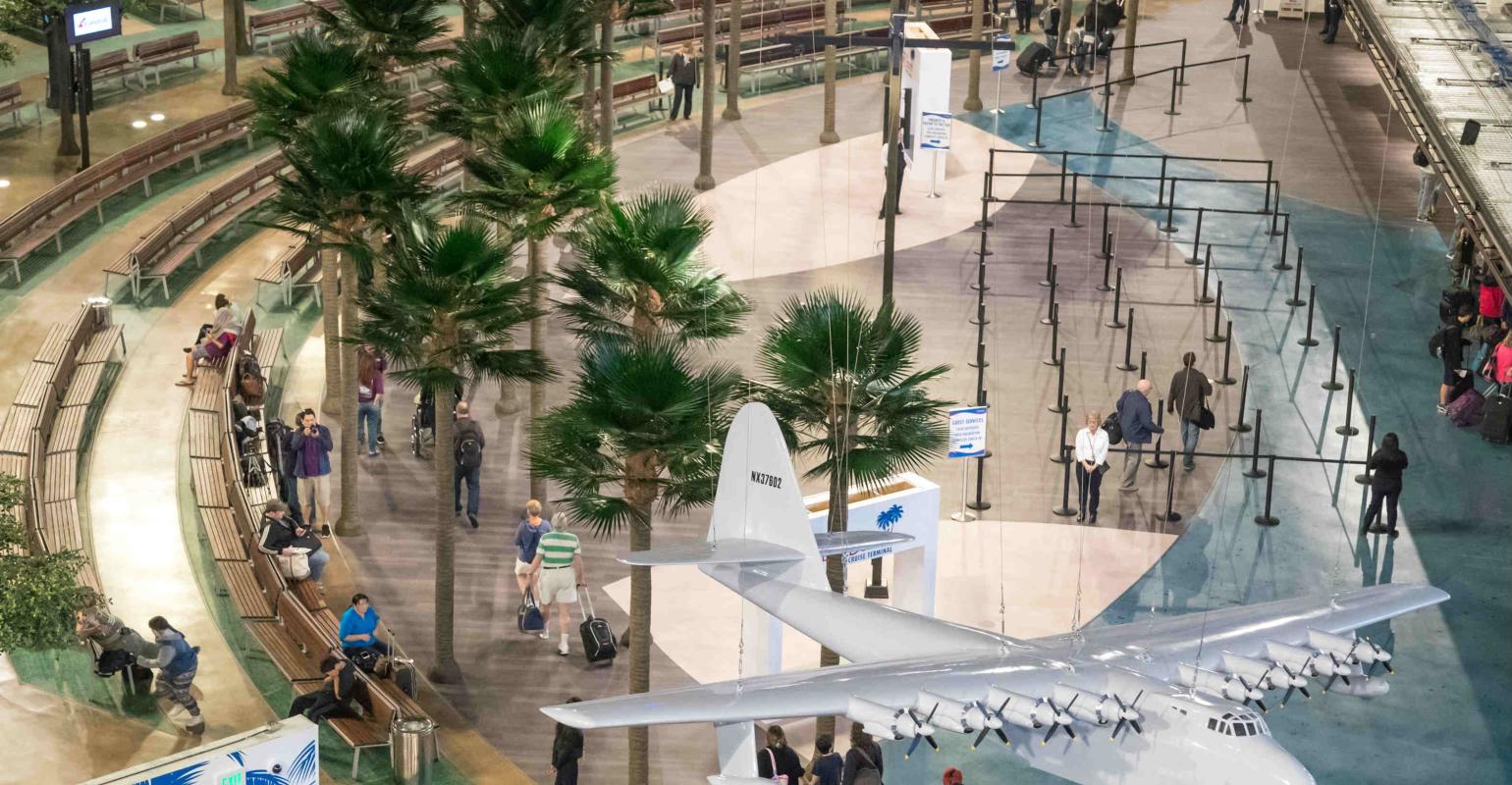 It been operated by Carnival since 2003 and encompasses the world’s largest, free-span geodesic dome originally built to house also Howard Hughes’ Spruce Goose plane and served as the location for many famous Hollywood movies.

The terminal’s design features California’s recognizable landmarks, bringing indoors the state’s iconic natural elements, including a backdrop of the majestic Sierra Nevada mountain range. In a nod to the dome’s former tenant, a replica of the Spruce Goose hangs from above, as well as the original model of the plane used in the 2004 movie, ‘The Aviator' and also includes a 1980s-style arcade.

It also includes the expansion of portside shore power to enable larger ships to plug into the local electric grid, reducing exhaust emissions while docked.

‘This project is many years in the making and Carnival’s Long Beach Cruise Terminal is one of the most visually striking and efficient facilities of its kind, providing a seamless embarkation for our guests while making a tremendous economic impact on the Southern California region,’ said Carlos Torres de Navarra, Carnival’s vp, strategic and commercial port development.

The grand re-opening of the terminal coincides with the arrival of Carnival Splendor to Long Beach, which operates seven-day cruises to Mexico and longer-length voyages to Alaska and Hawaii, representing a 40% capacity increase on this route.

The 113,300-ton Carnival Splendor is currently the largest ship based year-round in Southern California and joins Carnival Imagination and Carnival Inspiration which sail three- and four-day cruises to Ensenada and Catalina Island.

Together, these three ships carry approximately 600,000 guests annually from Southern California on more than 250 three- to 14-day cruises.