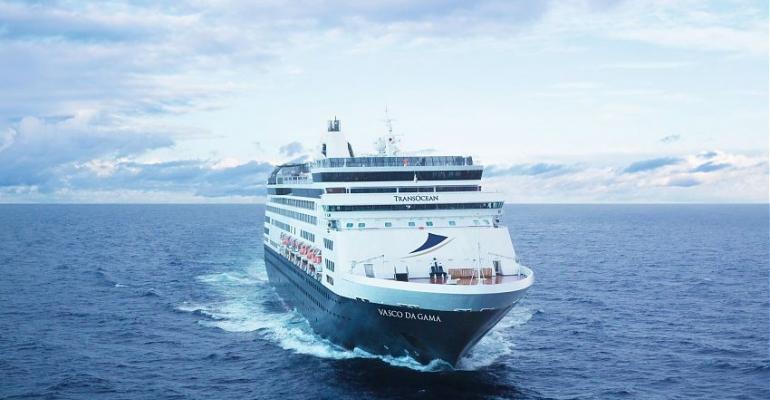 Pacific Eden is depicted in its future TransOcean livery, when it will sail as Vasco de Gama

The 1994-built ship, which started its career as Holland America Line's Statendam, will subsequently embark on a nine-day maiden cruise to southern Norway on June 10.

Vasco da Gama adds capacity in the medium-size ship segment to Germany's booming cruise market. The ship, which underwent its last major refurbishment and upgrade in 2015, accommodates 1,150 passengers in 630 cabins, including 149 suites and cabins with balconies. One hundred cabins are typically reserved for single use.

Currently still trading as Pacific Eden for P&O Cruises Australia, the future Vasco da Gama is going to be taken over by CMV at Singapore in early April. At that time, she will also adopt her new name.

The subsequent repositioning voyage to Europe is being sold as a 47-night cruise at prices starting at €4,029. Several cabin categories have already sold out, and TransOcean reports a very positive passenger response to the addition of Vasco da Gama.

During summer 2019, the ship will sail 10 cruises to Norway, the Baltic and the British Isles, before returning to Australia.