Upgrades to pair of Port Canaveral terminals get green light 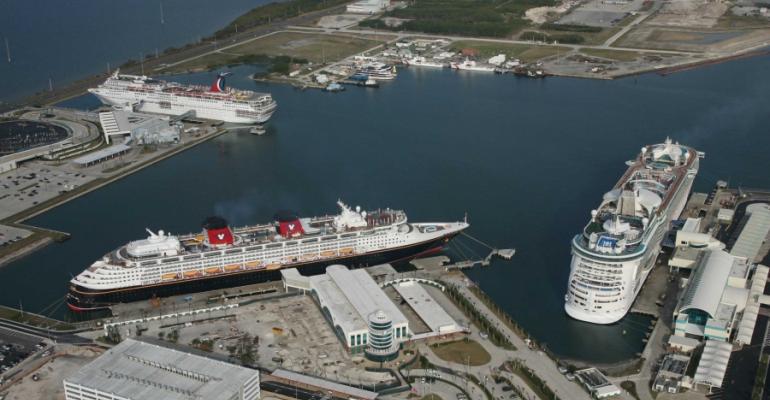 Cruise Terminal 5, at left, with the Carnival ship alongside, is due for a new garage and passenger boarding bridge, among other upgrades (Photo: Port Canaveral)

Upgrades for Cruise Terminals 5 and 10 at Port Canaveral were approved by port commissioners on Wednesday, along with a financing plan to cover the combined $81m work, according to Florida Today.

As reported in Seatrade Cruise Review's upcoming September issue, CT5 renovations were to begin this month and are due to finish in May, while construction on CT10 is to start in December and finish in November 2016.

Carnival Cruise Line and Norwegian Cruise Line will be the main users of these terminals. Both have announced plans to deploy larger, newer ships from Port Canaveral.

Norwegian Epic is due to homeport seasonally starting in November 2016 in what NCL president Andy Stuart has called 'a big opportunity for the Norwegian brand,' citing 'pent-up demand from our loyal guests to cruise from Port Canaveral.'

The ship will operate seven-day eastern and western Caribbean itineraries, as well as three- and four-day cruises to the Bahamas in 2017. Norwegian Epic will return to Europe in the summer. Meanwhile, Norwegian Spirit will be sailing from Canaveral for a season starting this November.

Carnival will field 'the best stable of ships we've ever had there,' in the words of Terry Thornton, svp itinerary planning. By the end of 2016, that will include Carnival Magic, Carnival Sunshine on a seasonal basis and Carnival Valor.