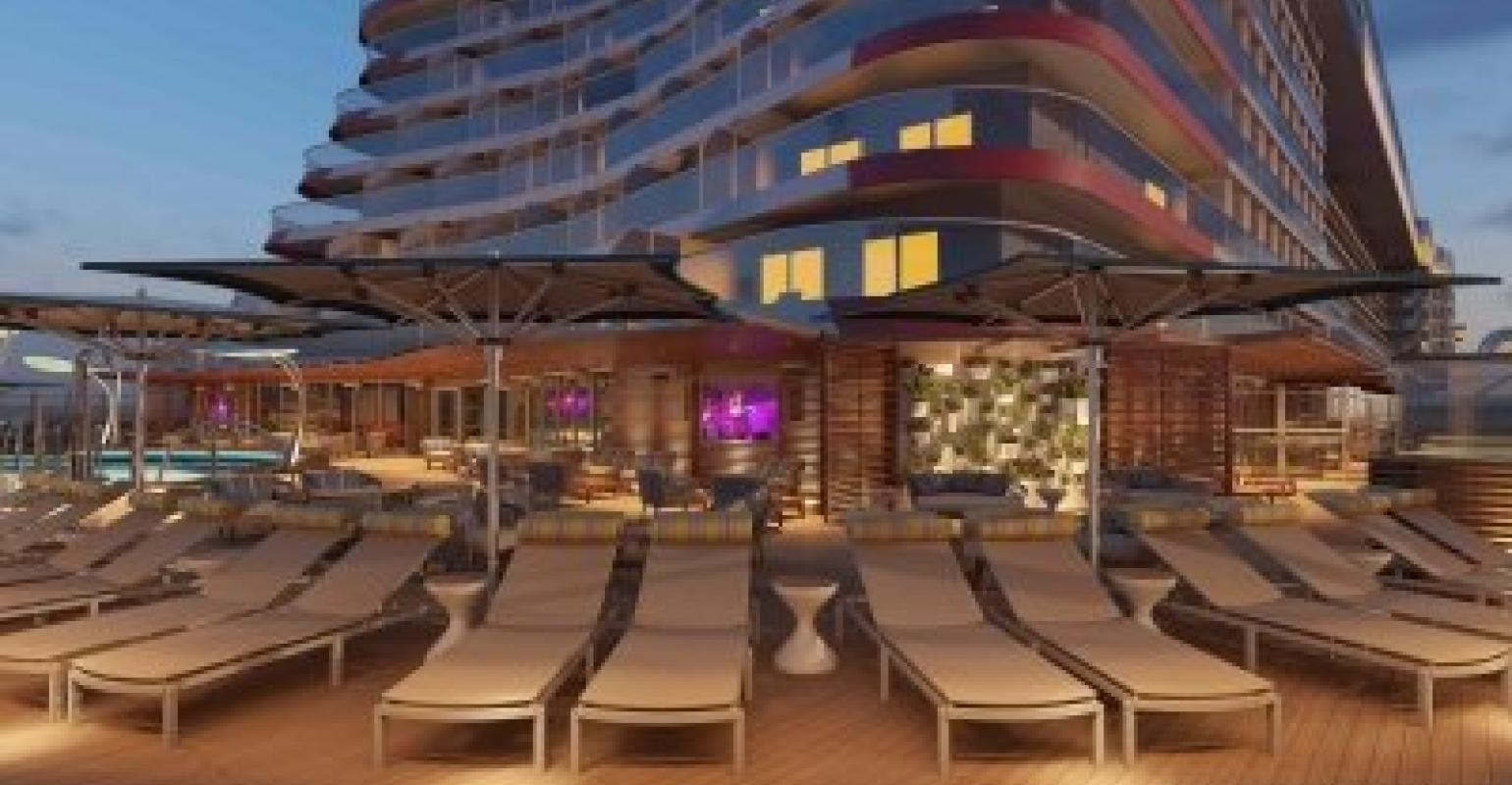 Carnival Cruise Line unveiled several new dining and bar spots that will appear only on Mardi Gras and shared further details of the ship's Lido and Summer Landing zones.

The new, only-on-Mardi Gras dining and bar spots in the two themed zones include Street Eats, RedFrog Tiki Bar and The Watering Hole, among other returning Carnival-branded outlets and a Big Chicken restaurant by Chief Fun Officer and NBA Hall of Famer Shaquille O’Neal.

These venues — previewed at an event Tuesday in New York featuring an appearance by O’Neal — can be viewed in a new virtual tour here.

'We always strive to provide our guests with the most diverse options possible, but the sheer variety of food and beverage venues on board Mardi Gras is unlike anything we’ve ever offered before,' Carnival President Christine Duffy said.

Street Eats is an open-air eatery that will take the ready-to-eat nature of street food to the seas with three themed kiosks offering fried, steamed and plancha (skillet) dishes. Representing a variety of global cuisines and located next to Seafood Shack, the quick, grab-and-go venue will offer a daily rotating menu. Small plates like empanadas or falafel will be available at the fried station, bao buns or siu mai at the steam outlet and kebabs or satay at the plancha venue. Street Eats’ options are free of charge.

Designed to resemble a South Pacific paradise, the new two-level RedFrog Tiki Bar is a twist on Carnival’s popular poolside bar with playful, rum-based cocktails in an island-inspired atmosphere decked out with tiki heads, floral patterns and vibrant colors. Located steps away from Guy’s Burger Joint, it will offer such cocktails as the Polynesian Punch, Red’s Rum Runner Jumper and Jungle Bird, presented in pineapples, souvenir tiki glasses and Mai Tai glasses with elaborate garnishes.

Situated within The Patio at Summer Landing, The Watering Hole is modeled after a backyard gathering spot as a place to unwind, grab a cocktail and enjoy sweeping sea views. The bar's beer selection includes Carnival’s own canned and draft brews, as well as summer-inspired sips like the Watermelon Cooler and Tequila Sunset.

Mardi Gras also will feature the second Big Chicken restaurant at sea created by Shaquille O’Neal. Already winning over fans on land at its Las Vegas venue and debuting on Carnival Radiance in 2020, Big Chicken will be located aft on Lido Deck. The all-inclusive breakfast, lunch and dinner menus will also give a glimpse into O’Neal’s family traditions as every item is being developed and taste-tested by the star himself.

'Big Chicken is a labor of love featuring all of my favorite fried chicken recipes developed in tandem with my mom,' O’Neal said.

Besides a mid-ship Beach Pool, an infinity Aft Tides Pool will offer a bar, ample seating and sweeping ocean views.

And the Lido will be the setting for deck parties and Dive-in Movies at the Carnival Seaside Theater.

This zone will be home to an expansive outdoor deck area with an infinity pool and two whirlpools, a sports bar with indoor and outdoor television screens and hang-out space with cornhole, trivia, arts and crafts, dance classes and more.

Plus, an expanded Guy’s Pig & Anchor Smokehouse Brewhouse will serve smoked-on-board favorites and an assortment of ParchedPig craft beers brewed on site and developed by the line’s in-house beverage team. A large stage will offer live music.