Why Symphony of the Seas makes the ultimate family ship 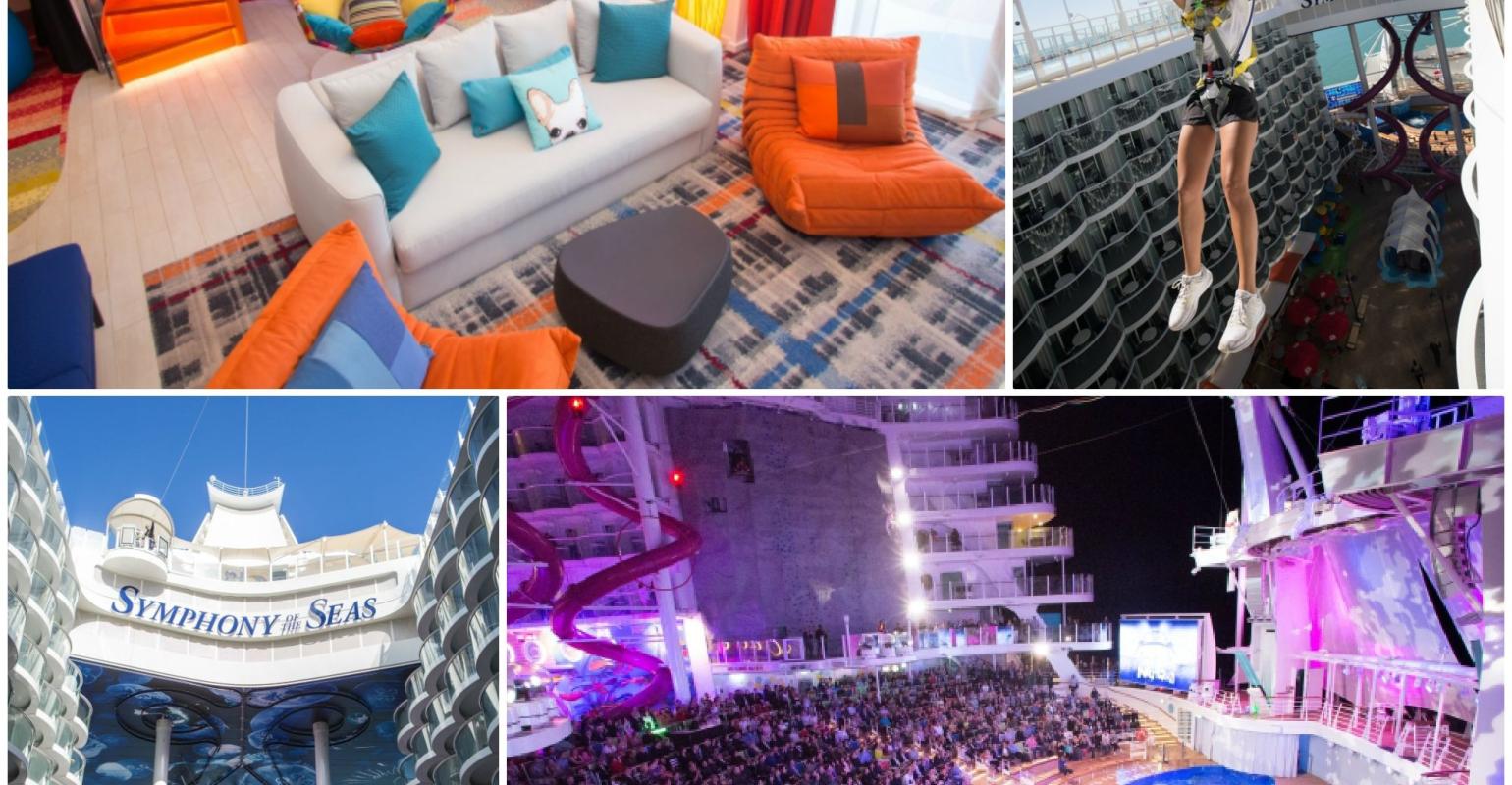 Claiming superlatives is what Royal Caribbean aims for, according to brand president and CEO Michael Bayley. When the development team dives into anything, they search for the best anywhere and set out to top that.

'It's about trying to design and develop the ultimate vacation experience at sea. We've gone beyond that, I think, to offer the ultimate vacation,' Bayley told media aboard the new Symphony of the Seas on Friday. The driving force, he said, is refining everything to 'bring more happiness and fun.'

Size plays a role because 'you can have more experiences on a larger ship,' Bayley said. Symphony claims cruising's world's largest title at 228,081gt.

When it comes to unique Symphony features, the Ultimate Family Suite sprawls across 1,346 square feet on two levels, outfitted with an in-room slide, a private cinema with an 85-inch HD TV, a floor-to-ceiling LEGO wall and a 212-square-foot balcony complete with a ping pong table, climbing structure and full-sized whirlpool.

'You'll see more of that [ultimate labeling] from Royal Caribbean International if we believe it's true,' he added. 'It's got to have an element of fun ... We do have more things coming.'

The Boardwalk has sprung to life on Symphony of the Seas. Besides the carousel, hot dog stand and Johnny Rockets, there's a new candy shop and the family-friendly Playmakers Sports Bar & Arcade, with its 31 big-screen TVs, an indoor/outdoor arcade packed with more than 20 games, and classic American bar food—the burgers have been very popular—to go with craft beers and cocktails.

At the end of the Boardwalk, the AquaTheater has a new show, the daring 'HiRO,' to join 'AquaNation.' VP entertainment Nick Weir summed up the shows as '15 people doing crazy things,' like high dives, acrobatics and tightrope walking over the side of the ship.

And when it comes to entertainment, besides reviving the Broadway hit 'Hairspray,' Symphony of the Seas' spectacular new '1977' ice skating show is getting standing ovations even in the opening minutes, when 48 lighted drones buzz in an incredibly sophisticated choreographed routine, like multicolored butterflies.

Later, snow falls, six projectors and a high-definition screen produce remarkable effects from beneath the ice (the humpback whale surfacing is breathtaking), and Olympics-caliber skaters land quads. The ice rink, Studio B, converts into a glow-in-the-dark family laser tag experience. A new production show, 'Flight,' will debut on the maiden voyage with a 22-foot airplane that 'flies' via cables in the Royal Theater.

A couple new casual dining spots are aboard Symphony, both in upper-deck locations with great views.

At El Loco Fresh, in the Pool & Sports Zone, the choices include quesadillas, burritos and tacos made to order at a counter, with a cart of serve-yourself sauces and toppings.

And Symphony of the Seas returns Royal Caribbean action thrills like The Perfect Storm trio of water slides, a pair of FlowRiders for surfing, dual rock-climbing walls and a zip line over the Boardwalk.

The ship just carried 4,000 people on a 'pre-opening' cruise prior to the current two-night sailing for media and travel agents. Bayley said those passengers were 'super-pleased' with Symphony, which chalked up a net promoter score just below 80, a 'phenomenal rating.'

Royal Caribbean chairman and CEO Richard Fain called it a 'flawless delivery' by STX France, the result of a company team working with the shipyard for more than a year in a process to ensure the punch list of items to address was minimal.

'We have a shorter punch list than I've ever seen,' Fain said. That means the crew are very happy, too. He quoted Capt. Rob Hempstead, who calls the ship 'a tool. The people bring it to life ... We give them good tools. They provide outstanding service.'

And, going back to the size of this ultimate Oasis-class ship, Fain reiterated what he's said before: 'What people are looking for is experiences. We wanted to provide more memories, more activities, more experiences.

'When you're on board, you don't think of it as a large ship. You think "I've got lots of choices."'

Check back for more detailed reporting in the coming days.