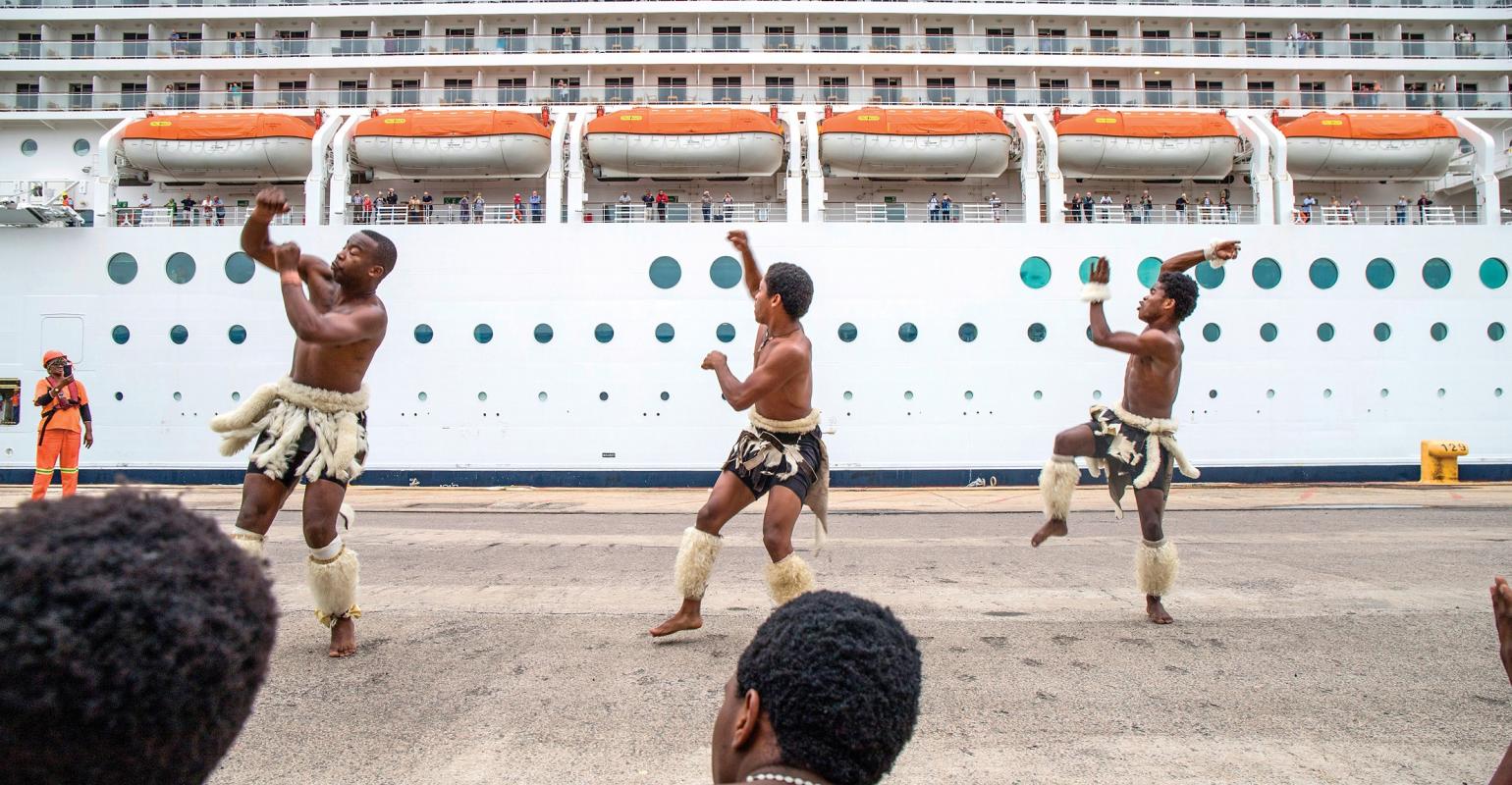 A Durban welcome for MSC Orchestra

The port city of Durban’s 2019/20 cruise season kicked off with the arrival of MSC Orchestra.

23 cruise ships operated by 17 international cruise brands are currently booked to visit South Africa this coming season which will go through to late April 2020.

MSC Orchestra’s maiden call to the port and also marked ground breaking for the construction of the new Durban Cruise Terminal.

General Manager: Port of Durban, Moshe Motlohi, said ‘We thank MSC Cruises for continuously deploying their cruise vessels to the South African market, which has increased our country’s cruise competitiveness.  Even more domestic and international tourists are enjoying itineraries that take in our South African hub cruise ports of Durban and Cape Town, as well as ports in neighbouring countries such as Mozambique and Mauritius.’

MSC Orchestra was berthed at the port’s M quay as traditional dancers and a marimba band entertained over 3,000 disembarking European and South African passengers.

Her Durban call ended a 29-night itinerary from Genoa and prior to Durban she had called in Reunion.

The ship is homeporting seasonally to South Africa following the success enjoyed by MSC Cruises with previous vessels including MSC Sinfonia, MSC Opera and MSC Musica.

Last Saturday TNPA and the KwaZulu Cruise Terminal (KCT) consortium - in which MSC Cruises is a partner alongside empowered investment entity Africa Armada Consortium – broke ground on the construction of the Port of Durban’s new cruise terminal.

KCT holds a 25-year port concession from TNPA to finance, construct, operate, maintain and transfer the new Cruise Terminal Facility in the Port of Durban at an estimated value of more than R200 million.

Motlohi said the new terminal development dovetails with the City of Durban’s new beachfront promenade extension from uShaka beach southwards to the harbour entrance, as well as the future development of Durban Point Waterfront.

Transnet plans to commence construction on its own section of the promenade in Q3 of 2020 which will connect to the new Cruise Terminal, allowing cruise passengers direct access and connections to the Central Beachfront with relative ease and safety.

‘This is going to change the face of Durban,’ said Motlohi.

The new green and energy efficient terminal will boast a host of new features and facilities, with a retail component, as well as multi-purpose training, conferencing and events facilities.