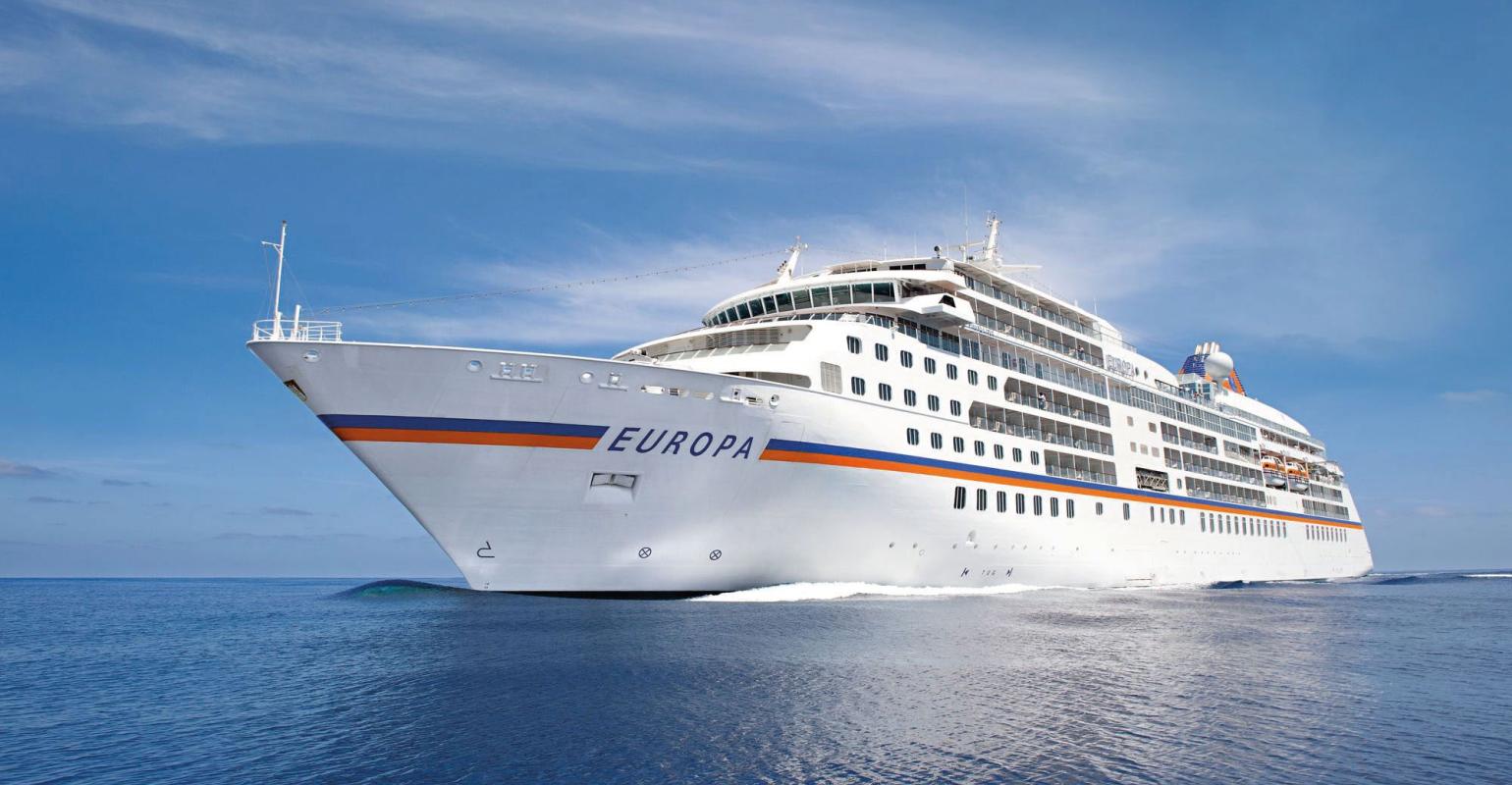 An extended around the world itinerary and new events and entertainment are featured in Hapag-Lloyd Cruises’ 2021/22 catalog for Europa.

The 251-day world cruise starts at Hamburg in September 2021 and ends at Kiel in July 2022. Four segments of 54 days to 76 days  can be booked separately. The first leg will take Europa from Hamburg to Cape Town, the second one carries on to Bali, the third continues to Tahiti and the fourth, and longest, goes from Tahiti to Kiel.

The shortest leg, from Cape Town to Bali, is priced starting at €26,940 for the cruise only.

Although Europa has visited most of the world's ports suitable for a 200-meter cruise ship during more than 20 years of operation, Hapag-Lloyd Cruises managed to include nine maiden calls in the 2021/22 program, both in Europe and abroad.

Among them are Collioure near Port-Vendres in France, Red Monkey Island and North Bimini, one of the two Bimini Islands belonging to the Bahamas.

Theme cruises focus on well-being and fitness, complete with renowned guest experts and athletes. These itineraries are promoted as ‘Europa Refresh.’

As far as dining, Europa will carry on its new gastronomic concepts launched last October with The Globe restaurant and The Pearls serving innovative caviar dishes as two new highlights. The Globe features the cuisine of German three-star Michelin chef Kevin Fehling, who travels on board 20 days per year.

Hapag-Lloyd Cruises retains its own identity

The release of Europa's new catalog follows the announcement that Hapag-Lloyd Cruises is going to become part of the TUI Cruises joint venture with Royal Caribbean Cruises Ltd. Despite this move, Hapag-Lloyd Cruises will retain its own brand and remain a separate product line. Europa’s new catalog, which keeps the brand's identity and modern luxury interpretation, confirms that.

New spring itineraries for AIDAvita and AIDAbella in lieu of Asia
Feb 24, 2020