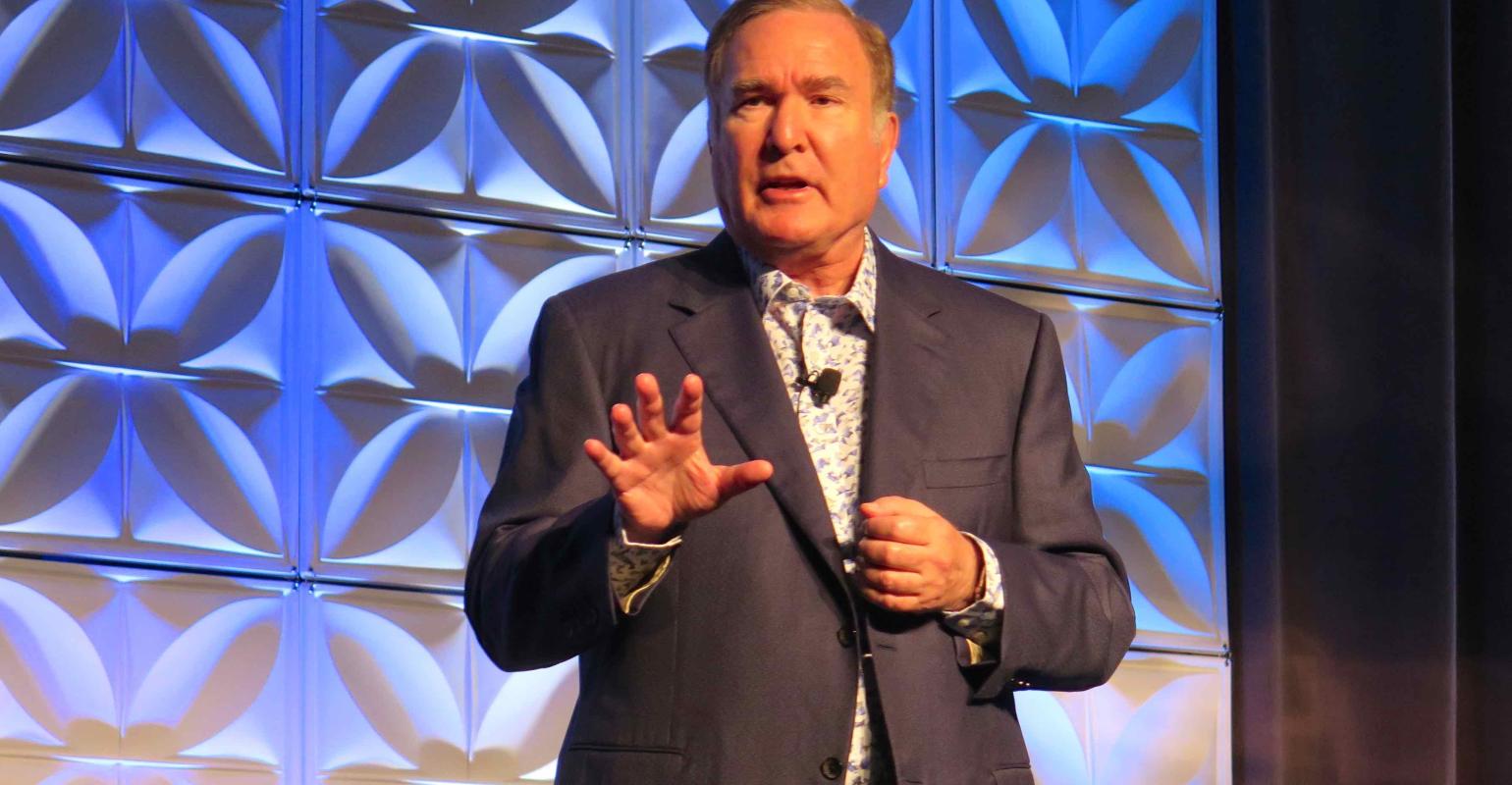 Holistica's regeneration of the Grand Lucayan will be a 'major shot in the arm' for Grand Bahama, according to Richard Fain PHOTO: Anne Kalosh
Cruise lines’ infrastructure projects on Grand Bahama Island have not been set back but, rather, accelerated by Hurricane Dorian, Royal Caribbean CEO Richard Fain said Friday.

He's 'very worried' about Dorian's economic impact there since 50% of the economy depends on tourism.

‘It will be a major shot in the arm for Grand Bahama,’ Fain told media during the Signature Owners’ Meeting in Austin, Texas, where he delivered the keynote address this morning.

Amid destruction, a 'visible rejuvenation'

Centered around the regeneration of the Grand Lucayan resort, the Holistica project will ‘create a new momentum’ for Grand Bahama’s recovery,' Fain said. ‘So much has been destroyed. This will provide a visible rejuvenation.'

Royal Caribbean was fast in with food and relief supplies, but those daily ship deliveries are unsustainable because they put such heavy demands on the crew, who are doing double-duty to serve passengers and prepare and deliver meals and supplies to Grand Bahama. So a kitchen has been set up on island to serve 10,000 people a day, one-third of the population.

As for Grand Bahama Shipyard, the most important cruise repair/upgrade facility in the Western Hemisphere, it escaped substantial damage and on Wednesday resumed operations by taking the container ship Agathonissos, owned by Greece-based Eletson.

Dorian caused erosion, but the berths were not affected. The yard is able to fully power its core operations, including docks, workshops and administrative functions, as well as communications infrastructure. It’s also able to produce fresh water and its cafeteria is feeding hundreds of workers daily.

The yard — whose shareholders are Carnival Corp., Royal Caribbean and Grand Bahama Port Authority — is important to economic recovery, too, with 85 to 100 drydocks each year, including more than two dozen major cruise ship dockings.

However, the biggest drydock has been out of service since April when a crane collapsed while Oasis of the Seas was in the dock, leaving the structure damaged. Since then, the largest ships have had to go elsewhere, to Cadiz in Europe in the case of Oasis and, when it came to Carnival Vista Azipod repairs, a novel solution was found.

Fain said an analysis is under way to see if Drydock No. 2 can be salvaged or if it has to be replaced.

CocoCay: 'You wouldn’t know a storm had been through'

Elsewhere in the Bahamas, Perfect Day at CocoCay took its first ship last Saturday, after workers returned the Wednesday before.

According to Fain, 'If you didn’t know a storm had gone through, you wouldn’t have known it.'

One thing has taken a little time, though.

The Up, Up and Away helium balloon requires a week or more to inflate, and there’s a worldwide shortage of helium. But before Dorian, it was deflated for safety, Fain said, and now is being refilled at a cost of $350,000.

And Fain was quick to assure this influential retail group that Dorian badly impacted 'only two areas of the Bahamas,' a country of 700 islands stretching the length of California. Besides Grand Bahama, the Abacos, known for yachting, were hit.

'The Bahamas is still a marvelous destination and 99% of it is pristine,' he said.