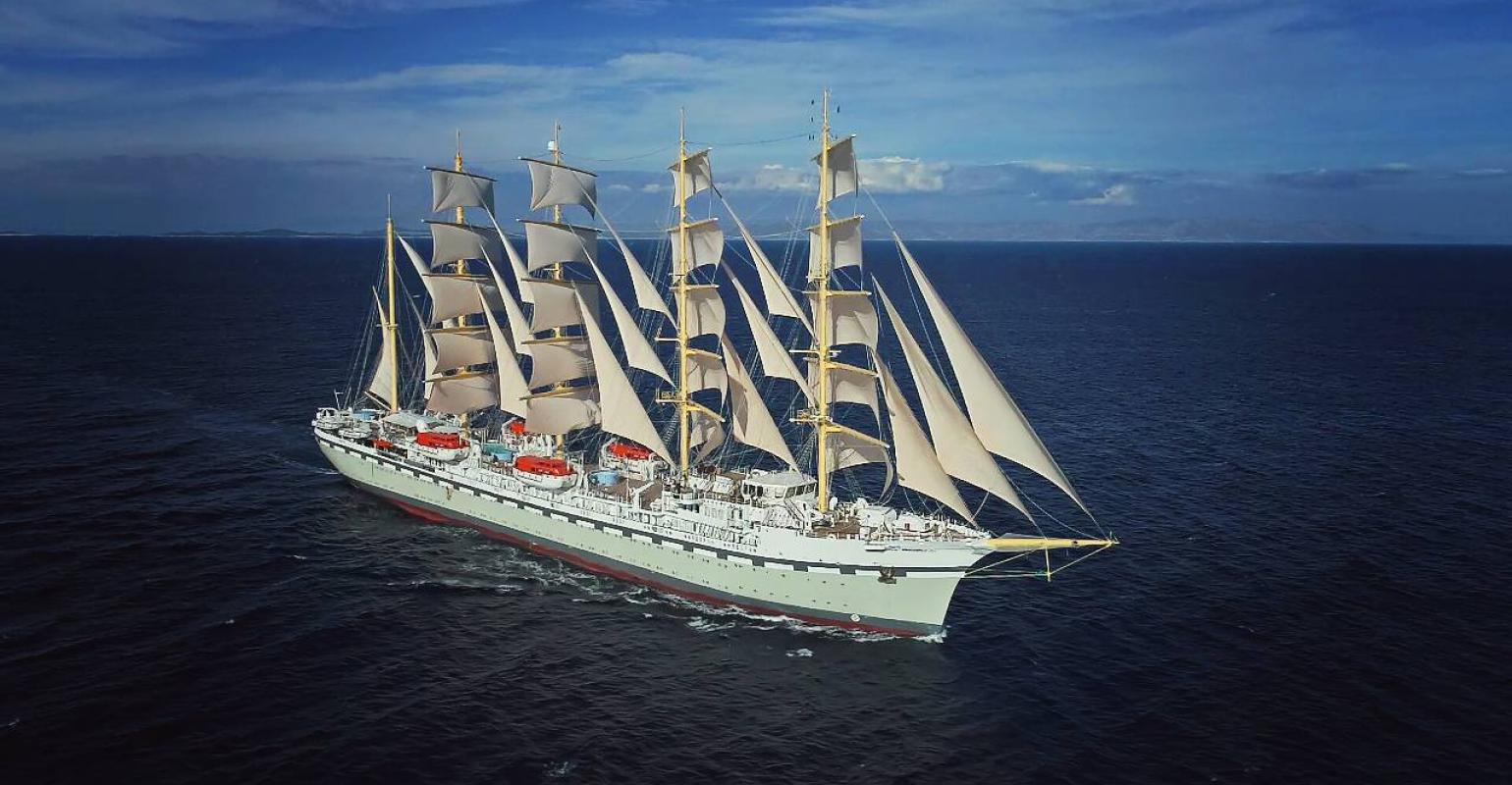 UK-based start-up Tradewind Voyages revealed the name of its chartered vessel — the world’s largest square-rigged sailing ship — as Golden Horizon, and its inaugural season of itineraries.

Carrying 272 passengers with a crew of 159, the ship will start offering ex-UK voyages in northern Europe from May to August 2021 before sailing to the Mediterranean, Asia and further afield.

Golden Horizon is a near replica of the 1913-built ocean vessel France II and will retain its historic charm, Tradewind Voyages CEO Stuart McQuaker said

The ship is currently at Brodosplit shipyard in Croatia, the owner of the vessel and where it was constructed.

A highlight of the first season will be a British maritime-themed voyage, with the ship anchoring off Cowes for the traditional regatta fireworks display. The itinerary also visits  traditional maritime communities along the south coast, the Scilly Islands and the Channel Islands.

In total, nine voyages will be offered from the UK with seven departures from Harwich and two from Glasgow.

Northern European itineraries will feature Denmark, Iceland, the Norwegian Fjords and the Baltic republics on a mix of durations, mainly seven, 14 and 21 days (round-trips to St Petersburg and up to Svalbard) with 10- and 11-day sailings, also.

In September 2021, Golden Horizon will sail into the Mediterranean including a stopover in Croatia where the owner of ship DIV Group is based, and then through the Suez Canal and follow the historic maritime Silk Route to Jakarta, and on to Bali.

Itineraries in late 2021 and planned into 2022 will feature a circumnavigation of Australia starting in December 2021, the Indian Ocean, Japan, Alaska, the Americas and the Pacific Islands.

Whilst Golden Horizon has engine power the philosophy is to sail with the winds and currents utilising the 6,300sq mtr of sails whenever possible, particularly on the longer routes. The intent is to be under sail for around 70% of each season.

McQuaker, a former Royal Navy officer who also held executive positions at Saga plc and Saga Cruises between 2014-2018, told Seatrade Cruise News, ‘Uniquely, all her voyages are planned on the basis of the prevailing winds and currents around the world, often following the traditional trading routes; a real maritime experience.’

The 162mtr long ship, he continued, will 'appeal to active adults who want to travel the world in a new way. Families will not be excluded but it is not going to be a child-friendly product.

‘There will be a sophisticated enrichment and wellbeing programme and, for those who wish, the opportunity to take advantage of various complementary water sports available from its marina.’

The main dining room will have capacity to seat all passengers at one time for lunch and evening dinner with sittings spread across a few hours.

The alfresco Horizon Bar in the ship’s aft will offer grills and light lunch/suppers for those wanting a more casual setting.

There are currently 15 employees, more than half who have not met face to face yet, McQuaker noted, as the company start-up, product development, initial itineraries planning and brochure have all been drawn together under UK lockdown, ‘an amazing achievement,’ he added.

Talks are now in progress  with prospective deck and engine and hotel operations third party shipmanagers..

Tradewind Voyages is planning to add further newly designed sailing ships to its fleet over the coming years, with the design process under way.