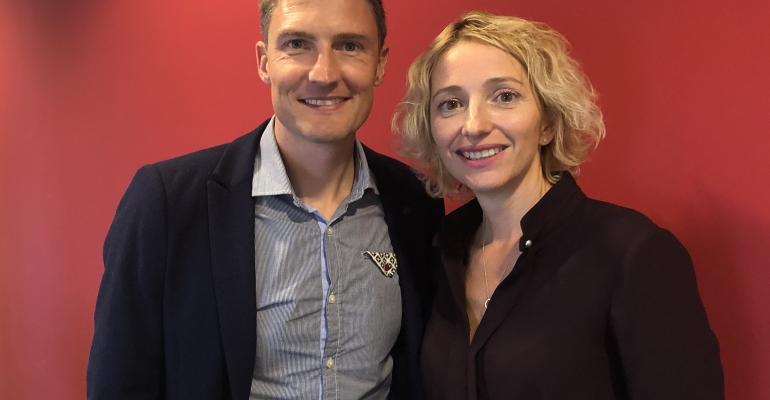 With this appointment A-Rosa strives to extend its presence in Britain ahead of the inauguration of its new E-Motion river vessel in 2021.

Joyner joins A-Rosa's British sales team, based in Cardiff, after a spell in the rental car sector where he ultimately was sales director of BSP Auto and, prior to that, head of trade sales for Affordable Car Hire.

Earlier roles in the sector include Cruise Club manager of the Travel Network Group, strategic account manager for Royal Caribbean International and consultant for Fred Olsen Travel during the introduction of Pulmantur Cruises in Britain.

At A-Rosa, Joyner will report to Lucia Rowe, MD of A-Rosa UK. He’ll be responsible for strategic sales development, heading the UK-based sales team and developing the sales network.

Rowe called Joyner an analytical and seasoned travel trade professional who brings experience from both the supply and sales sides and is known in the UK market.

Joyner expressed his delight at returning to the cruise industry and said that raising awareness of A-Rosa in the UK and promoting the E-Motion vessel are his top priorities.

A-Rosa Flussschiff has focused mainly on the German-speaking market but is now attempting to diversify its sourcing, targeting the UK in particular. At the same time the company aims to attract a younger clientele, with a particular emphasis on families. To do that, A-Rosa is prepared to try new things in what is a relatively conservative sector.

For example, later this month A-Rosa will launch what may be the first Halloween river cruise night in Europe. On Oct. 31 A-Rosa Brava is going to transform into a costumed ship during a five-night 'Romantic Rhine' itinerary. The crew will wear costumes, while the Kids Club will feature a workshop to create costumes and prepare makeup for Halloween.

Four renowned but yet undisclosed stars will perform songs and dances from ‘Dance of the Vampires,’ ‘Phantom of the Opera’ and ‘The Rocky Horror Picture Show.’

A-Rosa Brava is carrying mainly German-speaking passengers this year, but marketing cruises abroad that feature a Halloween party could turn into a task for Joyner in the future.