Turned away from Thailand, Westerdam will disembark in Cambodia 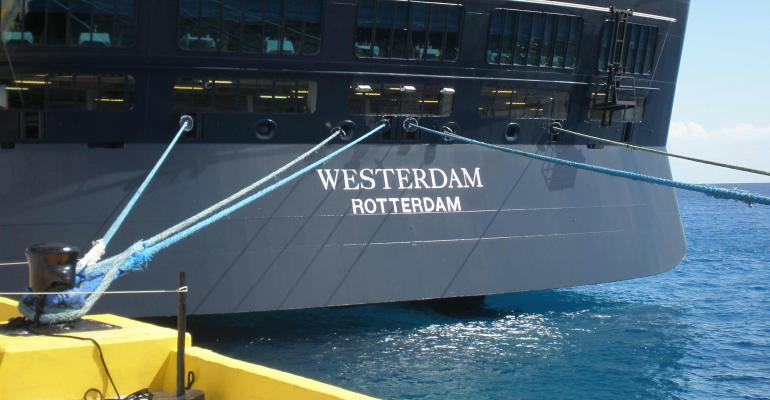 The ship will remain in port for several days for disembarkation, and passengers will be able to go ashore.

‘All approvals have been received and we are extremely grateful to the Cambodian authorities for their support,’ HAL said in a statement.

Passengers will disembark in Sihanoukville over the next few days and transfer via charter flights to Phnom Penh for onward travel home.

No evidence of coronavirus

The cruise line reiterated today that all passengers are healthy, adding: ‘Despite erroneous reports, there are no known or suspected cases of coronavirus on board, nor have there ever been.’

Seatrade Cruise News understands temperature checks were conducted, and passports were screened to confirm passengers had not traveled in mainland China in the 14 days prior to the cruise.

Westerdam has been on a 14-day cruise that departed Hong Kong Feb. 1. The ship had been scheduled to call at several ports in Japan, with disembarkation in Yokohama on Feb. 15.

However, Japan denied entry, in spite of the ship’s stated lack of evidence of coronavirus. The basis for the denial is not clear.

Westerdam also had to bypass a transit call at Manila when the Philippines issued, on short notice, a new blanket policy denying entry to vessels that had been in China within the past 14 days. (Other cruise lines were also impacted by the Philippines' decision.)

Guam had preemptively barred the ship; it was not on Westerdam's schedule.

Thailand bars Westerdam but not tourists from China

Thailand agreed to take Westerdam for disembarkation on Feb. 13 but it appears a social media campaign influenced officials to change their minds. Through it all, HAL has continued to maintain there is no indication of coronavirus on board.

Future voyage plans still up in the air

Now that Westerdam has found a berth in Cambodia, HAL said future voyage plans are still being finalized. The Feb. 15 sailng that was scheduled to embark in Yokohama was canceled last week already.

No cancellations for cruises with departure dates beyond Feb. 15 have been announced so far. The line said it continues assessing the impact of current port restrictions in Asia on cruises departing Feb. 29 or later and will communicate details as they become finalized in the next few days.

HAL is arranging and paying for the flights home for passengers currently aboard Westerdam. The travelers also will receive a full refund of their cruise fare and a 100% future cruise credit.