MSC Cruises proposes investment in the port of Ancona 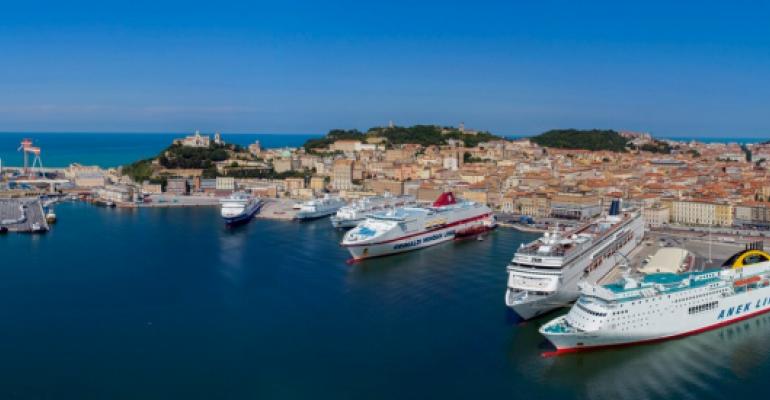 The cruise line has applied for a 25-year concession  (in two phases) for the newly expanded and dedicated Clementino cruise quay being proposed by the Central Adriatic Port System Authority(AdSP), and to construct a cruise terminal with own funding.

In the meantime, and starting from 2022, MSC Cruises has applied to manage the current cruise terminal and large state owned area (3,630 sq mtr) on the XXIX Settembre berth capable of handling ships up to 275mtr length, like MSC Sinfonia, already calling at the port located on Italy’s eastern coast.

A new dedicated quay and berth on the external front of Clementino quay is expected to be approved by national and local authorities and delivered within a five year timeframe will enable larger cruise ships to be handled in the port without entering the older historic part of the city, reducing ship movements and emissions whilst still being within walking distance of the city centre.

Talking of the MSC proposal, Rodolfo Giampieri, President of AdSP said, ‘it fills us with satisfaction because it crowns years of everyone's commitment to consolidate the leading role of the port in an international scenario with a supportive city administration always by our side.’

Giampieri was recently elected to head Italy’s Assoporti - the association of port authorities - but continues to head the Central Adriatic Port System until a new president is elected.

According to the project the new quay will have a 350mtr berth with at least 10mtr depth and a 28,000sq mtr area to accommodate a cruise ship up to 310mtr.

The facility will be withing walking distance the Arch of Trajan – the most preeminent Roman monument of Ancona.

The terminal will cover an area of ​​approximately 7,400sq mtr which will funded by MSC Cruises from the design phase. Once the tender is published,  interested parties will have 60 days for submitting any competing proposal, observations or objections.