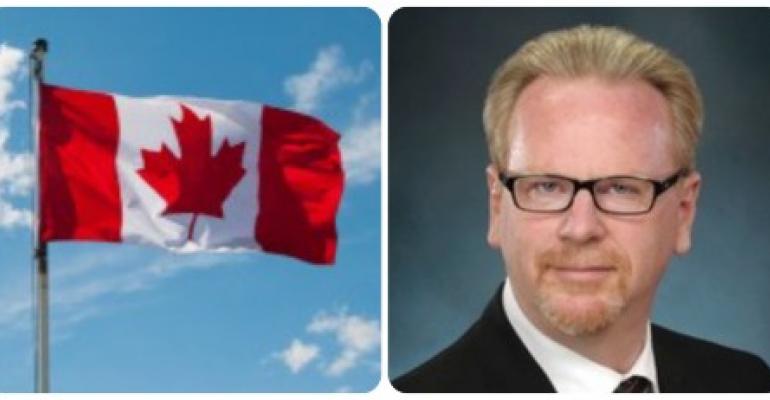 Dixon hopes the government will act on the Committee's request to lift the cruise ban, effective Jan. 1, 2022.

'The time is right'

'The Canadian government, Transport Canada and Public Health have been responsible about the health and welfare of Canadians, and they are listening to our message now. And the time is right. I expect a very definitive and positive announcement imminently, before the end of July,' Dixon told Seatrade Cruise News.

Dixon said the ACPA Cruise Committee's goal is the safe resumption of cruising in Canada. The group is 'solutions-based' and has been 'very, very active' in areas like developing COVID-19 safety protocols for ports and tour operators, which it presented to the government in late April.

'Let's reopen cruise for 2022. Let's make a statement and let's tell the industry we're ready. Let's let people know they can plan on 2022,' he urged.

Even though there is typically no cruising in Canadian waters until April, Dixon said it would be very helpful to announce a 2022 reopening now — instead of waiting until the ban expires at the end of February 2022.

He explained: 'We know cruising is going to restart. We need to make sure the Canadian government understands how critically important it is to give notice for that well in advance, not just for operational reasons and ship deploynent but business development ... People book cruises a year ahead, a year and a half ahead, and more.'

The ACPA Cruise Committee made two requests to the Ministry of Transport.

Request to raise cap to 500 souls

Besides an announcement with respect to cruising effective Jan. 1, it asked that as of Oct. 31 this year, the current capacity cap — which permits operations by cruise vessels that carry 100 or fewer souls (passengers and crew) — to be revised to 500. This would make it possible for some very small ships — 200 passengers, 140 crew — to resume sailing in Canadian waters, probably the St. Lawrence, before the end of 2021.

'If it's that small and can be controlled, is there any harm allowing that in December, which would give everyone the chance to test protocols?' Dixon reasoned. Plus, in December, 200 international passengers on a ship will be a drop in the bucket compared to other international travelers arriving by road and plane.

Canada has been described as taking a 'conservative' approach to the pandemic, especially compared with the neighboring US. And it's been criticized for the yearlong cruise ban.

But Dixon defended his government's stance.

'I'm very pleased with the statistical outcomes that came from taking that conservative approach with respect to the health and welfare of Canadians and the survival rate,' he said. And there would have been no point pushing for an earlier opening for cruising when a province like New Brunswick wasn't allowing residents of neighboring Prince Edward Island to enter, let alone international travelers.

Unlike the US with its Centers for Disease Control and Prevention conditional sailing order, Canada hasn't distinguished cruise travel from other forms of travel.

'Our international border is not open. We just reopened most of our maritime Canada "bubble" and we're just looking to open for Canadians to be able to visit across the provinces,' Dixon said. 'We're certainly not ready for 3,500-passenger ships in Saint John in August. We're still working on getting our second vaccinations.'

With the US temporary waiver to the Passenger Vessel Services Act to allow foreign-flag cruise ships to sail in Alaska without calling at a foreign port as long as Canada's cruise ban is in place, some US voices have suggested the waiver be extended while bills are also being introduced to permanently do away with PVSA.

'We know we've got a great product. We know we're a place people want to visit. Cruise lines are going to cruise to Canada, no doubt, regardless of the Passenger Vessel Services Act,' Dixon countered. 'Having said that, there could be an impact that would not be positive for the cruise industry in Canada if there were changes. That's a concern.'

But he noted the issue that sparked the PVSA waiver goes away when Canada opens to cruising in 2022 'so there should be no reason to focus on anything but the resumption of cruise.'

Should Transport Canada announce the order's lifting for 2022 soon, Dixon expects a 'quite robust' season, though it won't be possible to reach 2019 levels after two years on the sidelines. It's also unknown if ships will be operating with capacity limits.

He thinks 2022 and 2023 will be transition years back to the prior passenger numbers, and 2024 'the realistic return to full bore.'

Transport Canada hasn't released its cruise regulations nor, to date, prescribed specifics like those of the US CDC. So Dixon can't say what will be required but he doubts there will be a need for 'bubble' shore excursions next summer.

Dixon, SVP trade and business development for Port Saint John, New Brunswick, led the formation of the ACPA Cruise Committee in summer 2020 so Canada's cruise ports could speak with one voice to Transport Canada. Previously, discussions had been West Coast centric and East Coast centric.

Dixon felt strongly the Committee should represent all Canadian cruise ports across all regions — Atlantic Canada, the St. Lawrence, the Great Lakes and the West Coast.

Besides Dixon as chair, there are three vice chairs, each from a different region: Nancy Houley of Québec Port Authority, Mike Riehl from Port of Toronto and Mandy Chan from Vancouver Fraser Port Authority.

Subcommittees have worked on COVID-19 protocols for ports and shore excursions; communications and business development; and government and industry relations. Full committee meetings are held biweekly in addition to regular subcommittee and executive committee meetings.

'No doubt we've come together,' Dixon said. 'Everyone sees the benefit. Everyone is speaking with a single voice, having debates and discussion.'

Beyond the pandemic, other cruise issues that merit the Committee's national advocacy could be shore power and LNG, to name just a couple.