Officials tout this as the year to see Alaska, safely and without the 'crowds' 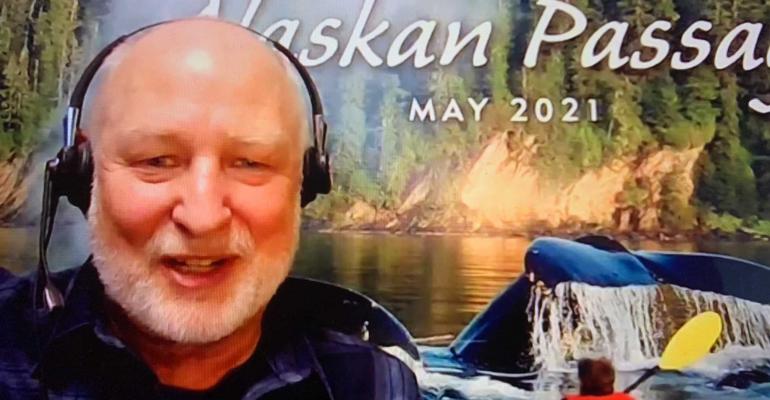 'Our message to the world is that this wild Alaska space is going to be theirs,' Capt. Dan Blanchard said
This is the year to see Alaska, very safely due to the state's high vaccination rate, and without the crowds, UnCruise Adventures CEO Dan Blanchard and government officials said.

By 'crowds,' he meant that towns usually packed with cruisers would be more like their winter selves.

'We may have a ban on big ships but it's also the most amazing year to visit Alaska ... Our message to the world is that this wild Alaska space is going to be theirs,' Blanchard said Monday during a news conference with Alaska Gov. Mike Dunleavy and Juneau Mayor Beth Weldon.

Instead of the originally projected 1.3m cruisers, there may be something like 15,000, according to Blanchard, since his US-flag ships, along with those of Lindblad Expeditions, American Cruise Lines and Alaskan Dream Cruises, are likely to be the only ones in the 49th state.

Carrying under 250 people (passengers and crew) each, these ships aren't subject to the US Centers for Disease Control and Prevention's conditional sail order. They can operate, and the news conference aimed to get the word out.

'Safest state in the country'

Dunleavy called Alaska the 'safest state in the country ... maybe the safest place in the world,' due to its high COVID-19 vaccination rate. He based his claims on WalletHub's ranking of the safest states during COVID and other media reports.

UnCruise has just become the latest line to mandate vaccination for crew and adult passengers, and Juneau's mayor said two other cruise lines are looking at doing that.

Their idea, Weldon said, is if they go to the CDC with that, it might help 'budge' the conditional sail order. (On behalf of Alaska tourism interests, Sen. Lisa Murkowski has been trying to get a timeline for CDC's next phase.)

With everyone fully vaccinated, UnCruise will be able to visit ports instead of just exploring wilderness areas, and passengers will not be kept to the line's own organized excursions.

Also, UnCruise is still requiring travelers of all ages to present a pre-cruise negative PCR test in an 'extra measure of safety,' Blanchard said.

His line plans to field six vessels in Alaska this summer and he's hopeful of activating a seventh.