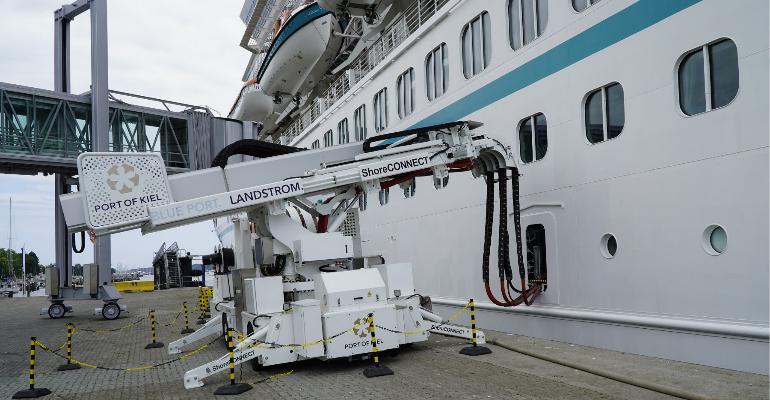 Phoenix Reisen's Artania has for the first time successfully been supplied with shore power at Ostseekai in Kiel.

The port said of the occurrence on July 21 that the 20,000 kwh supply to the vessel worked ‘seamlessly.’

It is the first time a Phoenix Reisen cruise vessel has been supplied with shore power in port as a matter of routine, following trials and integration tests that were conducted on June 26 and 27, and again on July 11.

The ship was docked at Ostseekai during a regular port call.

Shore power planned across the fleet

Artania as well as Amadea are equipped to take shore power; the operator's remaining fleet is being prepared accordingly.

Moreover, it continues to invest in associated infrastructure: by the end of 2023, Kiel will be able to supply up to six ferries and cruise ships with shore power simultaneously, versus three ships at present.

As part of the extension, cold ironing will also be made available at Ostuferhafen.

The investments amount to about approximately €17 million euros.