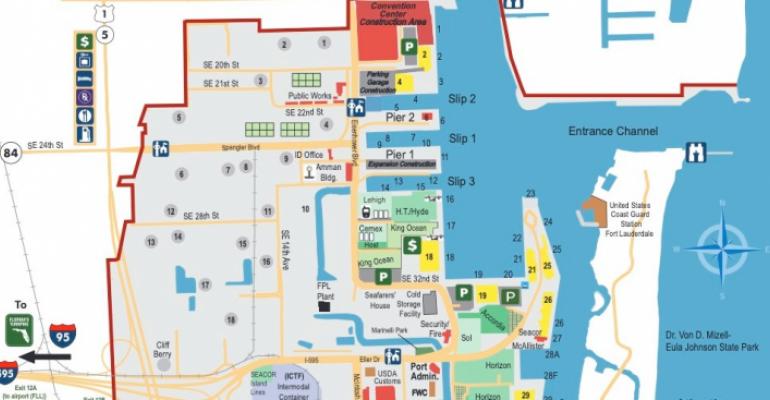 An amended agreement between Port Everglades and Carnival Corp. & plc provides relief from passenger guarantees during the COVID-19 pandemic and also puts a cruise terminal in play.

Broward County commissioners will consider a motion to approve the agreement at their meeting next week.

Carnival's designated berths/terminals include 2, used by Princess Cruises, and 21 and 26, used by Holland America Line and other brands. The agreement additionally revises the work letter for Terminal 21 improvements.

The amended agreement eases pressure on Carnival Corp. to meet previously guaranteed minimum passenger counts during a time when cruises are not operating and in a future recovery period.

Opening the door for another cruise line?

It also would effectively put in play Berth 4, potentially opening the door for another cruise line at Port Everglades.

Terminal 4, just south of Terminal 2, was previously used by MSC Cruises before its shift to PortMiami several years ago.