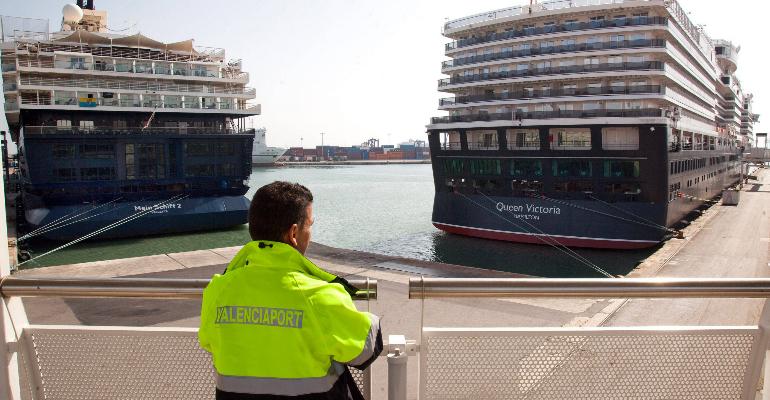 The solar power plant will generate over 9,000 MWh/year - approximately 11% of the electrical energy consumption at Valencia port

The Port of Valencia is working on the construction of two electrical substations that will ensure cruise ships can connect to the grid, and has the go-ahead for a new solar power plant to support ships’ energy needs.

The photovoltaic power station will span an area of 27,700m2 and be located at Terminal Europa, from where it will generate 9,000 MWh/year across the entire port - approximately 11% of its electrical energy consumption. That, in combination with the solar park at Muelle Príncipe Felipe dock which produces 2,353 MWh/year, will amount to 14% of the electrical energy required by the port annually.

Execution of the work at the MedCruise member port will be carried out over 19 months, followed by 36 months' maintenance.

The station will be almost equivalent in size to five football fields and be situated on the roof of the terminal, operated by Grimaldi.

Responsibility for the construction and maintenance of the plant will fall to Lantania and Tecmo Instalaciones as part of a joint venture. The contract, awarded by the Port Authority of Valencia, is for €16,060,707.27.

Financing comes from the European Union’s Next Generation fund and from the Spanish government's Recovery, Transformation and Resilience Plan.