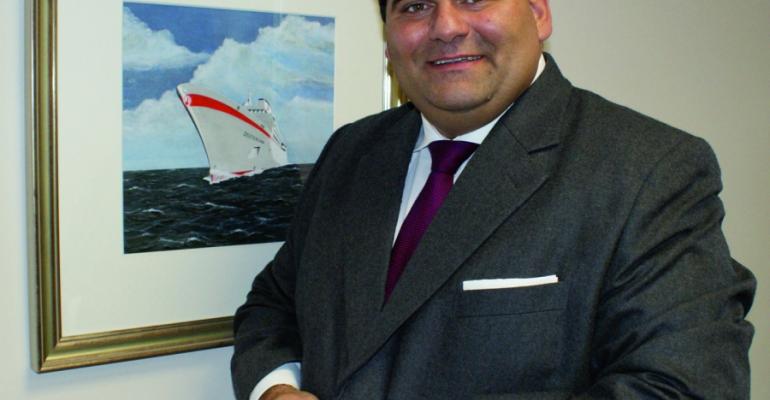 Reederei Peter Deilmann surprised the market with details for an upgrade of its Deutschland and the news that it wants to add a second ship in the medium term. In addition, the company looks to raise up to €60m through a bond offer.

This comes after months of uproar surrounding the German operator, which abandoned plans for a registry shift to Malta following public protests, the dismissal of Deutschland’s longstanding master, Capt. Andreas Jungblut, and the recent election of a workers’ council among the ship’s crew.

Now the operator is trying to make more positive headlines by outlining an extensive Deutschland refit that will include the installation of French balconies on Decks 7 and 8 and a new restaurant on Deck 9. The investment is intended to support efforts to broaden the operator’s market from its traditional base of older Germans.

The overall objective remains to continue developing Deutschland as a ‘Grand Hotel at Sea.’

‘Market response confirms we are on the right track,’ Bissias said, citing a 25-point increase in capacity utilisation since the beginning of 2012. The current fourth quarter shows a positive trend, as well, and the outlook for next year is encouraging with bookings ahead more than 30%.

In recent interviews Bissias said there are no plans to sell Deutschland to foreign interests or to shift registry. Instead, the company plans to expand capacity and is investigating options for a second vessel.

‘There are some very interesting bareboat charter opportunities,’ Bissias said.

Next week MS Deutschland Beteiligungsgesellschaft plans to issue up to €60m in five-year bonds (Mittelstandsanleihen) with an annual interest rate of 6.875%. The subscription period will run from Dec. 5-14.

MS Deutschland Beteiligungsgesellschaft is the owner of Deutschland and the parent company of Reederei Peter Deilmann.