Reef Endeavour to get A$1m upgrade 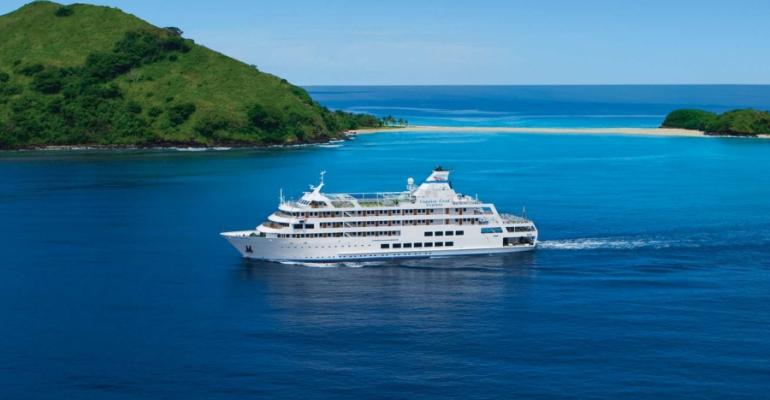 Captain Cook Cruises Fiji’s 130-passenger Reef Endeavour will go into the shipyard in Suva from January 23 until February 22 for a refit that will cost around A$1m.
The sun deck will be made over with new Jaccuzis, the bridge will be updated and the refurbishment of all cabins will commence.
Wednesday the company officially launched its ‘Up to Four Nights Free Sale’ where passengers receive four free nights on the 11-night 'Lau and Kadavu Discovery' voyages.
There are three free nights on the seven-night ‘Colonial Fiji Discovery’ cruise, the ‘4 Cultures Discovery’ cruise and the Yasawa Islands itinerary.
There is also one free night on the four-night Northern Yasawa Islands cruise.
Fares for the 11-night cruise, which are normally A$4,986 per passenger twin-share, start from A$3,044.
The promotion is on sale from December 26 until next February 28 for travel from now until March 31, 2017.
Travel agents who book 20 cabin nights will receive a three night Southern Yasawa Islands cruise for two.
The complimentary Kids Club for ages 5 to 9 operates from 9 a.m. until noon, then from 2 p.m. until 5 p.m. and 6.30 p.m. until 9.30 p.m.
Fares include guided tours to local villages and schools, glass-bottom boat excursions, snorkelling and kayak safaris, as well as post-cruise transfers from Denarau to nearby Nadi International Airport.
Copyright © 2023. All rights reserved. Seatrade, a trading name of Informa Markets (UK) Limited.
TAGS: ports & destinations cruise lines ships
0 comments
Hide comments
Tillberg Design of Sweden