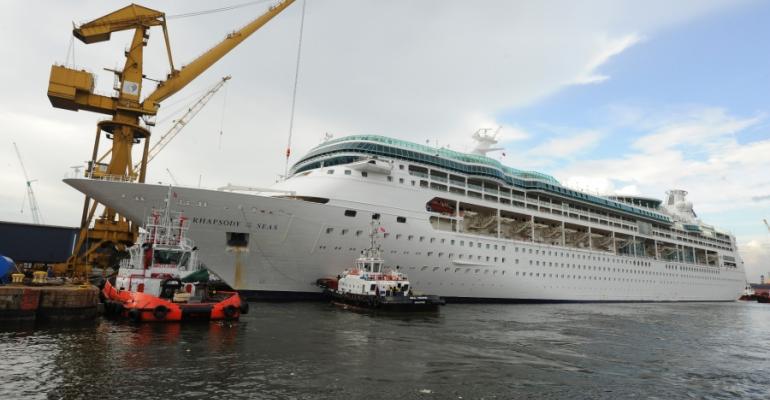 Rhapsody arrives at the dock

‘Rhapsody of the Seas has been a tremendous success in Australia and New Zealand where she has hosted over 175,000 guests and developed a loyal following,’ said Royal Caribbean Cruises Australia’s commercial manager, Adam Armstrong.

‘Originally scheduled for only a two-week drydock for regular maintenance, we have since extended the project to four weeks in order to allow a full revitalisation of the entire ship,’ he added.

Armstrong said the revitalisation not only covers furnishings and decor, but a host of brand new venues and amenities, including five new specialty dining outlets.

Radiance of the Seas, which joined sister ship Rhapsody of the Seas in Australia for the 2011/12 wave season and departs Sydney on April 5, underwent a major makeover in May last year.

Both ‘revitalised’ ships return to Australia in October for the 2012/13 season when they will be joined by Voyager of the Seas, the largest ship to be based Down Under for an extended programme. They will offer itineraries ranging from one- to 18-nights around Australia, New Zealand and the South Pacific.