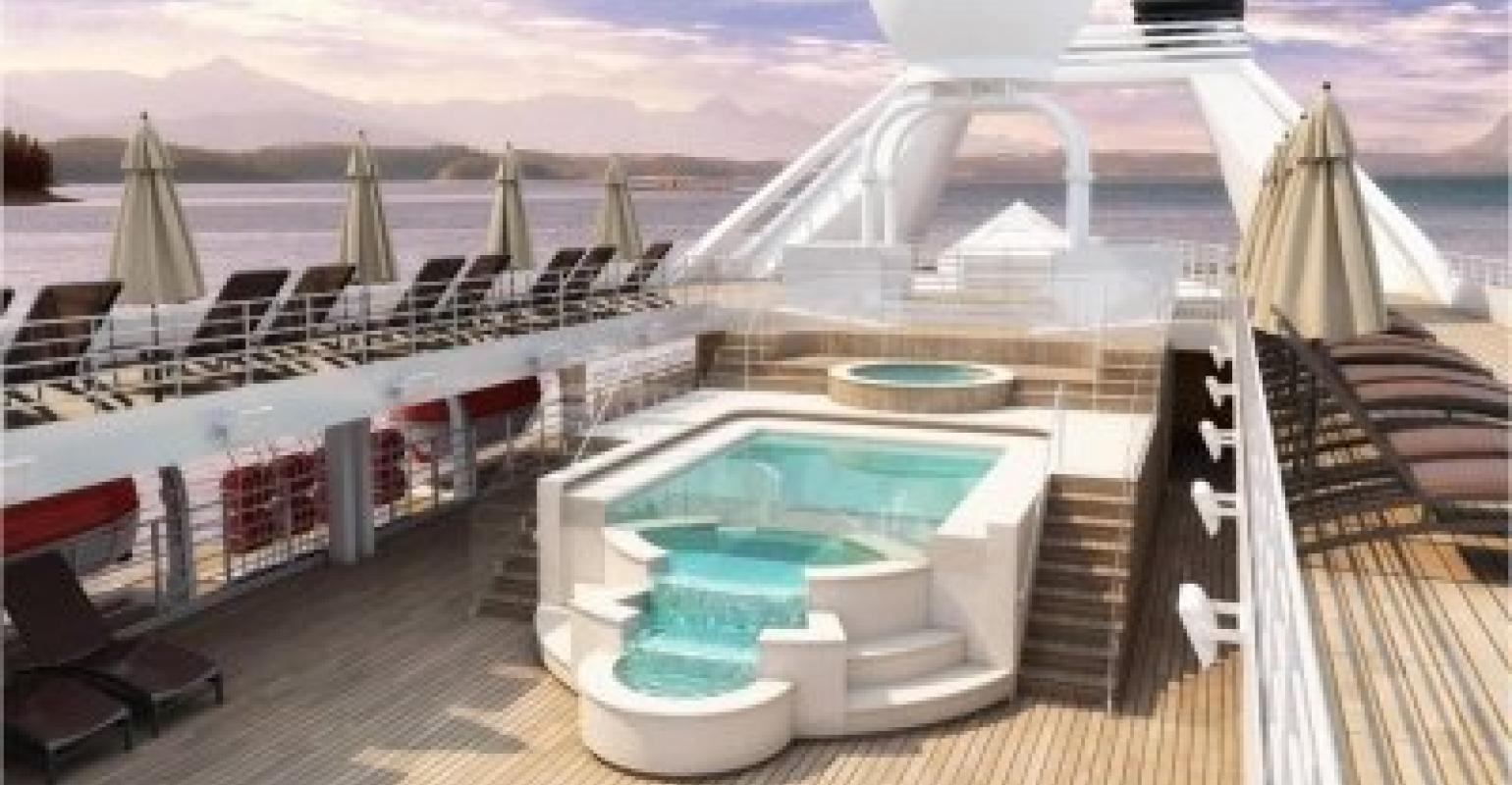 Windstar ships' lengthening called 'the most complex refit ever attempted'

Windstar Cruises detailed its $250m Star Plus Initiative at Seatrade Cruise Global, with company President John Delaney calling it “the most complex refit ever attempted.”

The project—which will lengthen Star Breeze, Star Legend, and Star Pride by about 25 meters—also will replace the engines. Work began in early April with a steel-cutting ceremony for the new sections at Fincantieri’s shipyard in Trieste and will continue later in Palermo, Italy.

The actual lengthening of the ships will start in October. Star Breeze will be completed in February 2020, Star Legend in June 2020 and Star Pride in November 2020. “It’s four months per ship because of the complexity of the re-engineering,” Delaney said.

The total capacity of the expanded ships will be 312 passengers, an increase of 24%, with additional staff hired to maintain the line’s 1.5-to-1 guest-to-staff ratio.

Although they'll be larger, Delaney said the ships will continue to be able to sail to small ports and squeeze through narrow channels like the Corinth Canal. “The Star Plus initiative is not about getting bigger, it’s about offering our guests more of what they love about Windstar,” Delaney said. “It’ll still be true small-ship cruising. Every place we go today, we’ll still be able to go post-stretch.”

At a Seatrade news conference, Delaney released renderings and 360-degree views that can be viewed here.

Among the highlights is a three-bedroom, three-and-a-half-bathroom Grand Owner’s Suite with a veranda large enough for dining, separate dining room and living room areas, and an additional balcony in one of the bedrooms. It will total 128 square meters/1,374 square feet.

The pool also will become four times larger with an infinity edge, a waterfall feature and large hot tub. A satellite tower that hinders views from the pool deck will be moved to the front of the ship.

Veranda, the restaurant for breakfast and lunch, will become three times larger with enclosed outdoor seating. “You’ll no longer have to walk outside to get into Veranda,” Delaney said. Two new dining spaces will be revealed in coming months, along with a three-times-larger spa and fitness center, and “living room-esque” deck space.

In the 50 new suites, the bed will be next to the balcony. That’ll provide better views from the bed but also open up the space upon entering the suite, Delaney said. “It will have a more open feeling,” he said. “You’ll walk right into the living room instead of the bed.” The suites also will have a large walk-in closet, dual vanity bathrooms and walk-in showers (although tubs will be kept in about 20% of the suites). In addition, all the bathrooms in existing suites will be renovated in the same design.

Meanwhile, Windstar and Fincantieri said the ships’ new engines will exceed new global International Maritime Organization limits—one of the requirements being the exhaust contain no more than 0.5% sulfur content. In addition, the new engines are designed to reduce nitrogen oxide emissions for a lesser environmental footprint.

“Ship conversions are much more than simple upgrades, they’re about enhancing the main technical and commercial qualities of the ship, while enriching the brand attributes that have earned Windstar the reputation of being an innovative leader in small-ship cruising,” said Giorgio Rizzo, executive vice president of Fincantieri Services.

“Star Plus Initiative is an extraordinary and very comprehensive program, which is why we are honored to partner with Windstar for its execution. In the last few years, our company has made a long-term strategic choice to specialize in these kinds of operations, particularly in the cruise segment, which has allowed us to quickly gain an acknowledged leadership position in this sector.”

Joining Delaney at the news conference was Ray Chung, director of design at The Johnson Studio at Cooper Carry in New York, who is designing the new public spaces and 50 new suites.

“We are keeping the best elements and designs from these iconic vessels and re-envisioning them for the modern guest,” he said. “The design is very conscious of how people ‘flow’ effortlessly through the ship and leverages drama and scale for a larger visual impact.”