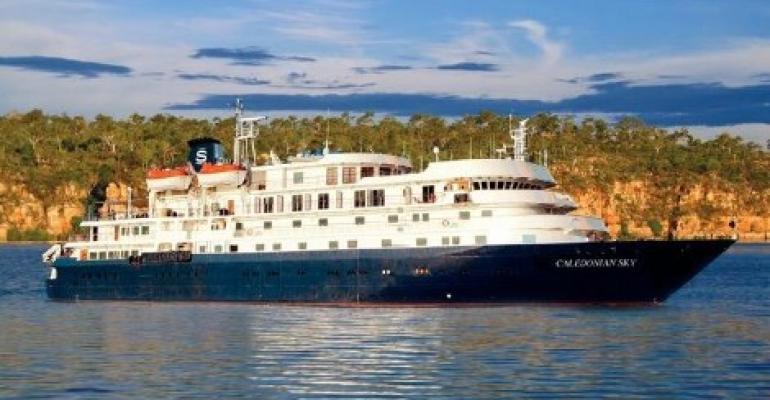 The Victorian-based family-owned company will operate several Kimberley sailings, as well as two Coral Coast cruises between Fremantle and Broome.

In October the ship is scheduled to move to Cairns for a ‘Cape York and Barrier Reef’ voyage, before heading down the East Coast and over to Tasmania for a series of cruises.

It is to finish the year by crossing the Great Australian Bight to Fremantle.

In the lead-up to Caledonian Sky’s new Kimberley programme, the company has worked with Respond Global founder Dr Ian Norton and has reduced the ship’s capacity from 114 to 99 passengers.

‘With capacity for just 99 passengers (Caledonian Sky) is excluded from the federal government’s ban on larger cruise ships and we are pleased to have employed more than 30 Australian crew members,’ APT MD Chris Hall said.

‘APT is delighted that our small expedition ship, Caledonian Sky, is back in the Kimberley,’ Hall said.