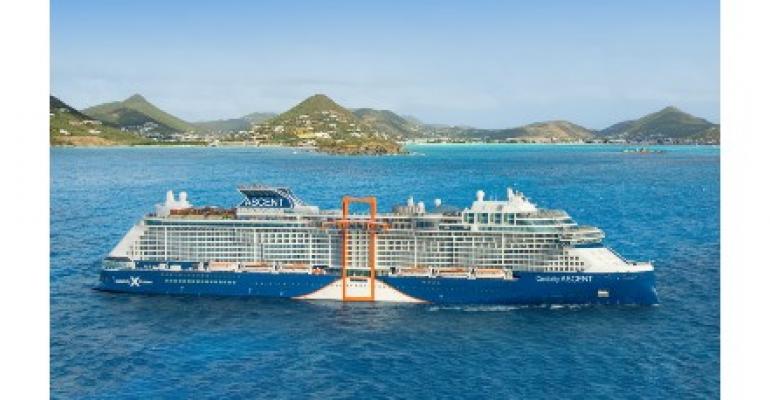 The fourth Edge-class vessel's maiden voyage to St. Maarten, St. Thomas and Puerto Plata, Dominican Republic, is set for Dec. 3, 2023, from Port Everglades. Its delivery was set back to fourth quarter next year.

After that the ship will sail Sundays on alternating itineraries with eastern Caribbean destinations including San Juan, Tortola and St. Kitts and the western route taking in Nassau, Cozumel and Grand Cayman.

Plus Edge-class sisters Apex and Beyond

Celebrity Beyond will host nine-, 10- and 11-night voyages to the southern Caribbean, including overnight stays at Oranjestad, Aruba. A six-night cruise features Bimini, Bahamas.

Timed to Mardi Gras, Celebrity Constellation is offering a 12-night cruise departing from Tampa that starts with a double overnight stay in New Orleans for Fat Tuesday before continuing to Honduras, Belize and Cozumel.

Celebrity Reflection and Celebrity Equinox round out the offerings with eight-night eastern Caribbean and six-night western Caribbean sailings that include stops at Kralendijk, Bonaire.