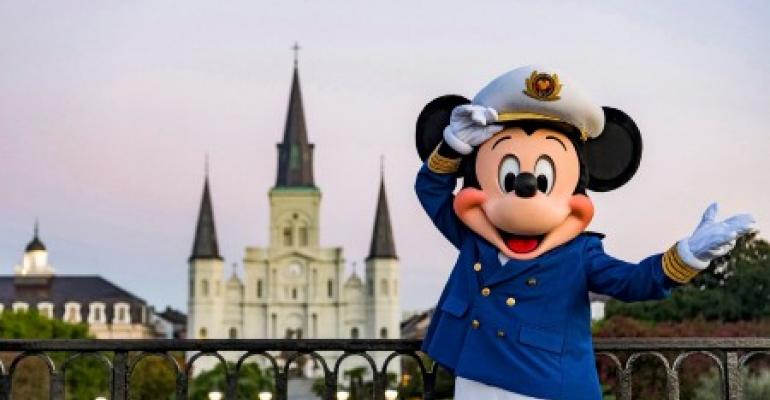 For the first time, Disney Magic will sail from New Orleans

In early 2023, Disney Cruise Line will sail to the Bahamas, Caribbean and Mexican Riviera from homeports including Miami, Port Canaveral, New Orleans; Galveston and San Diego.

One special voyage will visit Bermuda. And Disney Magic will sail from New Orleans for the first time.

Bahamas, Caribbean and Bermuda from Florida

Two ships will sail from Port Canaveral and a third from PortMiami. Every cruise from Florida includes a visit to Castaway Cay.

Departing from Port Canaveral, the new Disney Wish will sail into 2023 with three- and four-night voyages to Nassau and Castaway Cay.

Also from Canaveral, Disney Fantasy will begin the year with seven-night cruises to the Eastern and Western Caribbean. One special eight-night sailing includes two days in Bermuda.

In January and February, Disney Magic will sail from Galveston on four-, five-, six- and seven-night itineraries to the Bahamas and Western Caribbean. Ports include Grand Cayman, Cozumel and Progreso.

In February and March, Disney Magic will offer its first cruises from New Orleans. The four-, five- and six-night sailings will call at Grand Cayman and Cozumel.

All early 2023 Disney Magic voyages include two or three days at sea.

Disney Wonder will return to the West Coast, sailing from San Diego in April and May. Cruises range from three to seven nights.