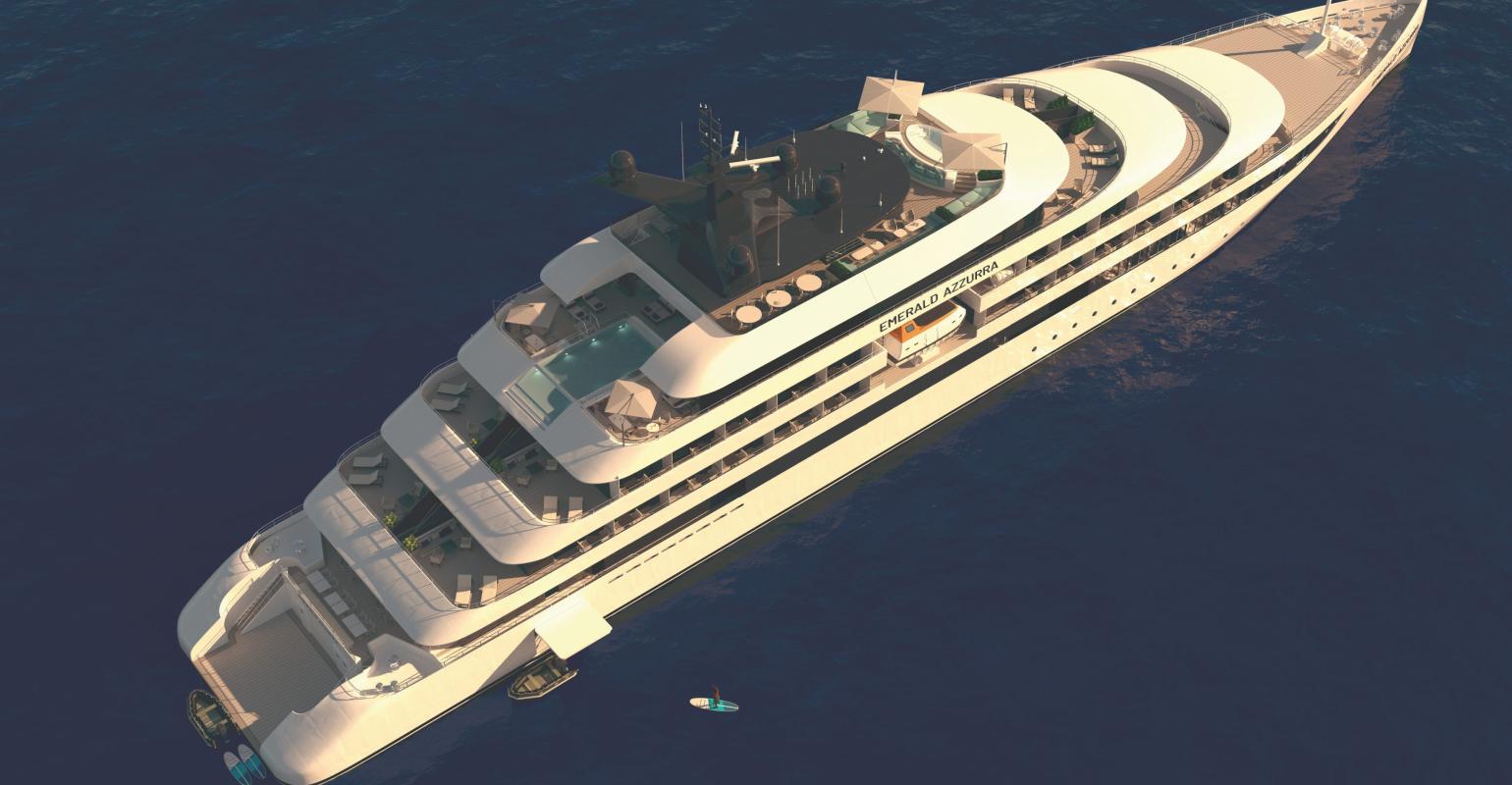 Emerald Azzurra debuting next year
Emerald Cruises unveiled the 2023 programme for its ocean-going yacht Emerald Azzurra, due to debut early next year.

2023 sees the yacht’s first voyages to the Black Sea on two new itineraries.

For a more in-depth exploration of the Cyclades, a 22-day itinerary is an extension of the above voyage with additional ports of call in Patmos (Greece), Kuşadasi, Bodrum (both Turkey), Rhodes and Amorgos (both Greece).

The extra days include a hike to the Monastery of St. John while on Patmos and a folklore show in Amorgos, complete with local delicacies.

Launching in January 2022, Emerald Azzurra is the company’s first custom-built ocean superyacht carrying 100 guests in 50 deluxe suites and staterooms, with majority of cabins having a balcony.

The yacht is under construction at Halong Shipbuilding Co and features include three tenders, a zodiac and a marina platform.