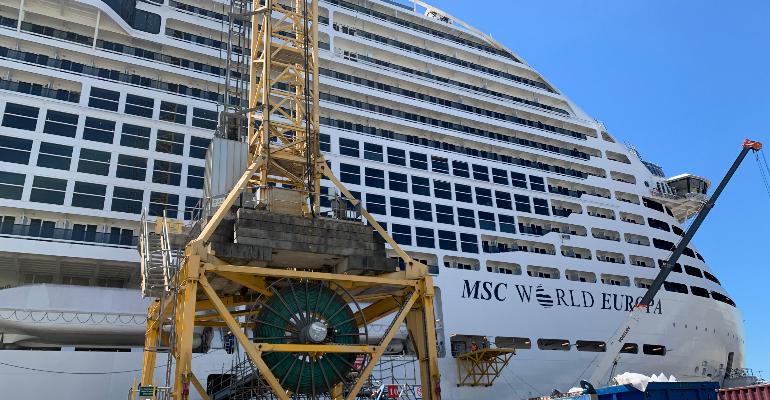 MSC Cruises’ Linden Coppell said the IMO’s new carbon intensity index (CII) effective from 2023 is ‘a big driver’ for the cruise line as it focusses on the operational efficiency of its existing fleet and future builds.

Describing the mandatory measure as ‘fundamentally altering the way we think about how to operate ships,’ the director of sustainability said, ‘We have to be extremely careful, not only with how we operate now but our future ships that are going to last us 30 years,’ to ensure these meet the ‘increasingly stringent CII.’

She continued, ‘The way we're designing MSC World Europa and all the effort we're putting in there in terms of energy efficiency, it's likely our EEDI (Energy Efficiency Design Index) will fall at least 47% so we're enormously ahead of the curve, which gives us an advantage when it comes to the CII in terms of the performance of those new ships.’

She added that the CII is prompting closer cooperation with technical teams who manage fuel budgets to optimise the efficiency of sailings, ‘It's very much a collaborative process: how can we design an itinerary that meet the expectations of our guests, gives them a great experience but as energy efficiently as possible. Itinerary optimization obviously has to be a part of that.’

The comments were made earlier this week during a presentation on energy efficiency and pollution prevention at Chantiers de l'Atlantique in Saint-Nazaire where the line’s first LNG-powered vessel, MSC World Europa, is under construction. Fully aligned with the world’s most stringent regulatory requirements – the so-called ‘Baltic Standard’ – its environmental credentials include solid oxide fuel cells, a selective catalytic reduction system and enhanced shore-to-ship power capability. 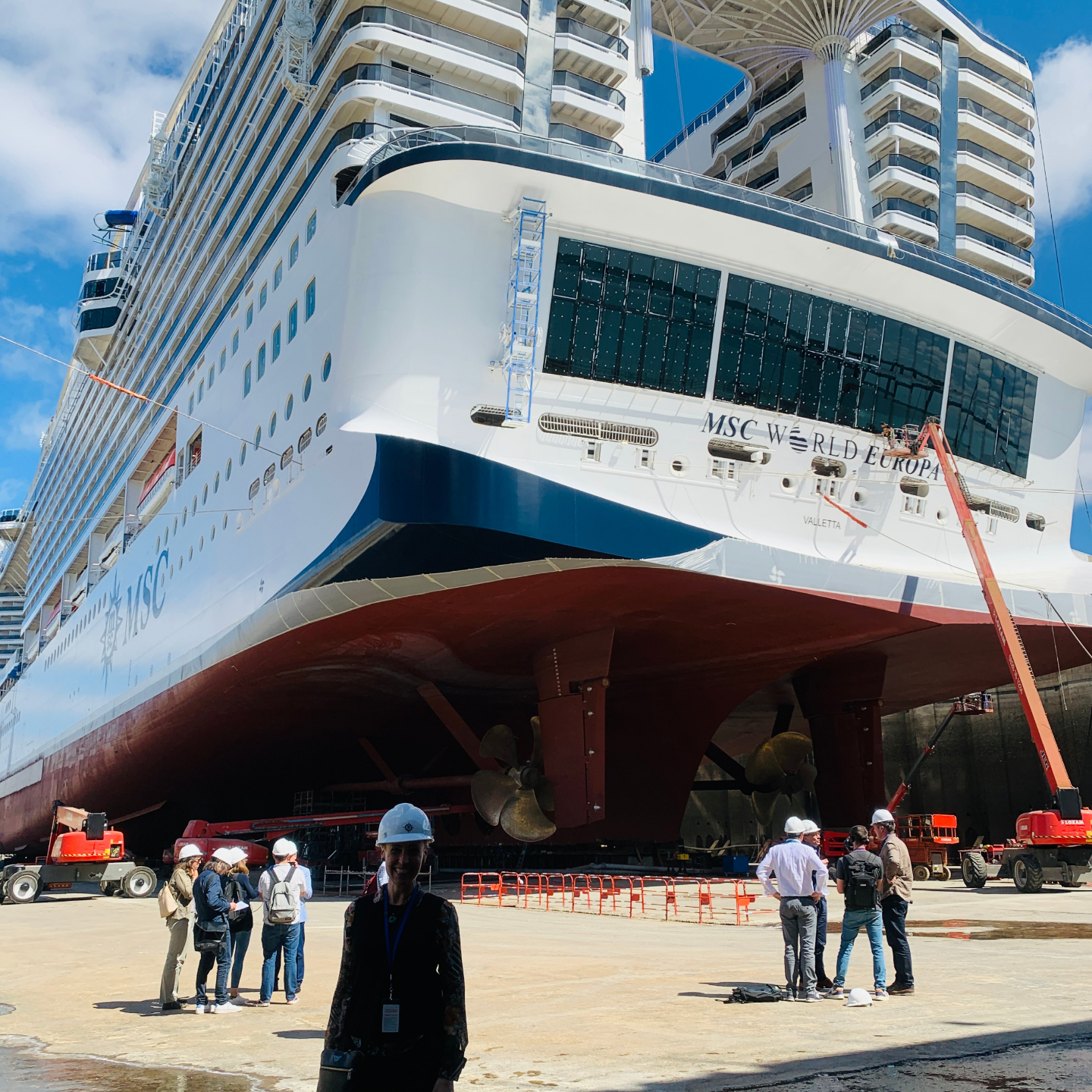 ‘No matter how hard we try to improve our energy efficiency, we need new fuels and new technologies in order to get us to that net zero target,’ continued Coppell. ‘We're making a fundamental improvement through the use of LNG on MSC World Europa and some of our subsequent ships… We have the design in place where we can start that [fuel] replacement process when we have synthetic or bio energies at the scale we need.’

In Coppell’s view, while LNG is effectively the only fuel available today – at scale – to make a significant jump in slashing emissions, lines need to take steps in making sure green hydrogen and other low carbon fuels are made available to the cruise industry when these become available. She also called for closer collaboration with oil producers in finding alternative fuels, `We've got very strong partnerships with a lot of oil producers - if you're looking at providing alternative fuel, the best people to go are those at the company that provides fuel... they understand what we need, how we need it, distribution systems etc.

She continued, ‘We need to make sure that when green hydrogen and all these low carbon fuels become available, that they're available to us… Countries and regions can't meet their own net zero targets unless they help industry to do that.’ The line is already part of the European Union-backed CHEK Consortium led by Finland’s University of Vaasa that looks at combining progressive energy technologies and forward-thinking ship design to promote low-carbon maritime operations.

A further driver for the cruise line is the 2030 deadline to reduce carbon intensity by 40% compared to 2008. By 2019, MSC Cruises had already achieved a 28% drop and is ‘pretty confident’ of being able to reach the target, potentially through ‘greater reliance on fuel cells.’ In the future, the line could ramp-up fuel cells to help generate heat and energy, with LNG able to support the solid-oxide cells unlike traditional fuels. Said Linden, ‘We're hoping to meet the IMO 2030 target earlier than planned because of all the efforts we're making. We're very much hoping to get good results on our demonstration fuel cell, which would mean on future ships we can look at scaling up the technology.’

In 2021, the line trialled new energy saving techniques on MSC Grandiosa after examining ‘every single aspect of the ship’s operations’ and was subsequently able to cut emissions by 8% compared to design performance. The line’s aim is now to replicate the measures across the rest of the fleet. ‘Because of digitalization, we were able to better analyse data from all aspects and send that data ashore, so our shore-based technical staff could compare design performance against operational performance.

‘We've seen some really big changes and these are the kind of changes that we'll be implementing across the whole fleet.’