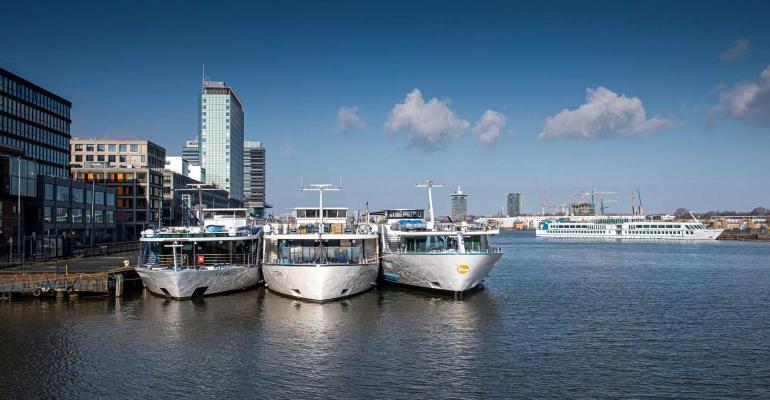 Due to issues including air constraints, it's likely Europeans will comprise the bulk of customers for the second year in a row

Despite many uncertainties, European river cruising is expected to start after a slight delay, in the second half of May, and with domestic routes only at first.

Cross-border cruises are forecast to start in July or August.

And, due to issues including air constraints, it's likely Europeans will comprise the bulk of customers for the second year in a row.

This was the consensus of the more than 50 River Cruise Europe members who met online Thursday.

Most expect the second half of the season to be much stronger as the impact of vaccination will gradually increase during the course of the summer. Doubt remains about the possibility for overseas customers from countries like the US, Canada and Australia, and River Cruise Europe members assume these will only return in larger numbers next year.

The members also discussed the need to update COVID-19 protocols implemented last year, as well as the 'Guideline for a Minimum Standard for the Resumption of River Cruises in Europe under COVID-19' issued jointly by the European Barge Union and IG RiverCruise.

It became obvious, though, that it's too early to do so because of constantly changing regulations and many open questions — for example, how much distancing will be required of persons who have been vaccinated?

River Cruise Europe members agreed to meet online again in mid-April to analyze the course of the pandemic and experience gained over the Easter season. It is still unclear how much Easter travel can take place, but at least some regions in continental Europe — including, for example, Schleswig-Holstein in northern Germany — aim to allow leisure travel from late March or early April.

Air component may put a damper on 2021 season

Global air travel could have a serious impact on river cruising. Reduced capacities and higher fares will make travel for overseas passengers more complicated and expensive. In contrast to ocean cruising, charter flights are mostly not an option given the limited capacities of river vessels.

While the negative effect of the air component may gradually phase out as global travel recovers in 2022, it will affect this year's season and add another challenge for Europe's river cruise operators.

That's why the River Cruise Europe members believe Europeans will once more form the core of their clientele during 2021.

The group's next virtual meeting is planned for April 22.