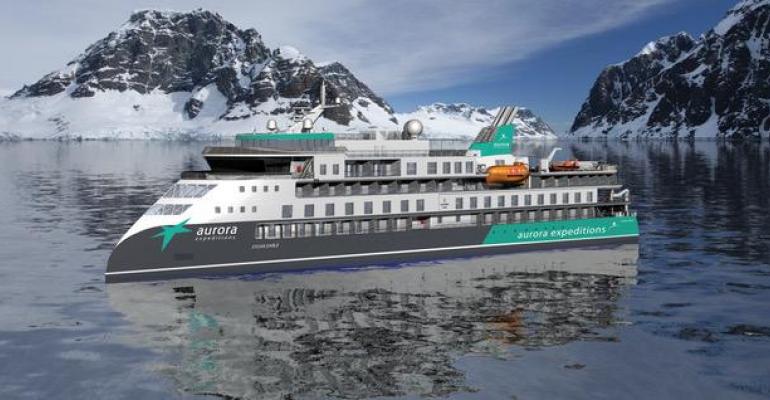 Australia’s Aurora Expeditions launched new itineraries for 2022 to be operated by Greg Mortimer and Sylvia Earle, which is on track for delivery in October next year.

As reported here, both ships have an Ulstein X-BOW, which slices through waves, and expansive observation decks.

The company will make its first visit to Raja Ampat, an Indonesian archipelago of hundreds of jungle-covered islands off West Papua, the Northwest Passage and Baja California.

The rugged islands in the Gulf of California, also known as the Sea of Cortez, are among Dr Sylvia Earle’s designated 'Hope Spots.'

Hope Spots are scientifically identified as critical to the health of the ocean and Earle, the namesake of Aurora’s newbuild, is founder of the Sylvia Earle Alliance Mission Blue, a global conservation body.

Also new in 2022 is a 16-day sailing in Sylvia Earle from Nome, Alaska, to Wrangel Island and Russia’s most remote wildlife sanctuaries and a 13-day Alaska adventure and Haida Gwaii, also known as Queen Charlotte Islands off British Columbia’s west coast.

And there is a 17-day Sylvia Earle Kamchatka and Chukotka sailing, where passengers will be welcomed by reindeer herders.

Other itineraries include a Greenland odyssey, Kuril Islands, Baja California, Aleutian Islands and an Alaska odyssey.

The company is offering early bird savings of up to 25% for new bookings aboard Greg Mortimer and Sylvia Earle that must be deposited by January 26, 2021.