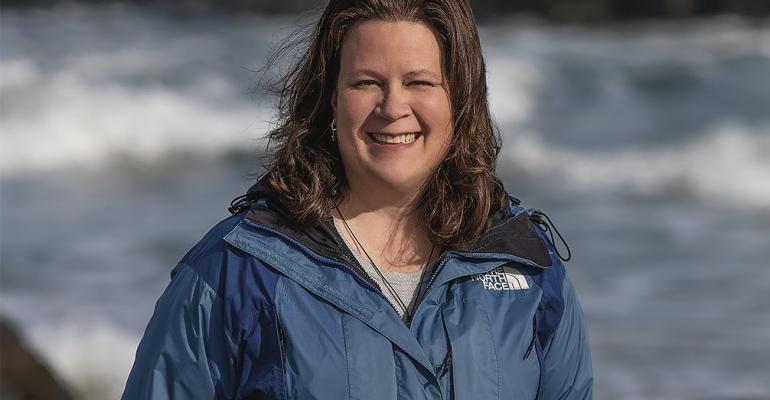 She will lead the IAATO secretariat and work with the executive committee to further the association’s mission of advocating and promoting safe, environmentally responsible private-sector travel to Antarctica.

Previously a partner at global business advisory and consulting firm Deloitte, Greer has more than 20 years of experience interpreting regulatory and business issues and developing operational strategies to address challenges.

With Greer supported by Lisa Kelley, deputy executive director and director of operations and government affairs, IAATO will have a strong and proficient senior management team with an exceptional blend of business skills, Van der Hulst continued.

Greer began her career at Deloitte & Touche where she collaborated with clients to interpret regulatory and business issues and develop effective operational strategies.

A recent graduate of Stony Brook University, School of Marine & Atmospheric Sciences where she obtained a master of arts in marine conservation and policy, Greer is also a research associate at Gotham Whale, coordinating with organizations that maintain humpback whale fluke catalogs on the east coast of the United States to further develop understanding of migration behaviors. In addition, she volunteers at Atlantic Marine Conservation Society.

Greer will join IAATO in April, succeeding Acting Executive Director Terry Shaller, who will retire later this year after serving IAATO in various roles for 15 years. Most recently he spearheaded a restructuring of the secretariat and the creation of a new IAATO strategic plan. He also oversaw management protocols and standard operating procedures for IAATO business.

IAATO thanked Shaller for his 'invaluable contributions to the organization through the years' and wished him the best with his future endeavors.