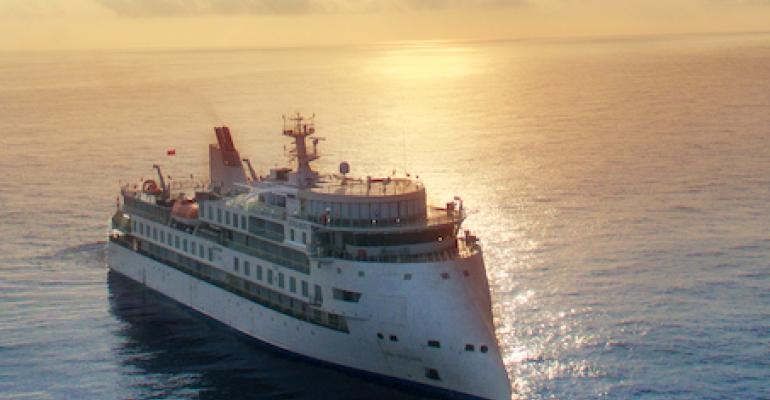 A first for China, SunStone and Aurora Expeditions

The owner, Miami-based SunStone Ships led by Niels-Erik Lund, has chartered Greg Mortimer to Aurora Expeditions. It will be the Australian company's first purpose-built ship.

Greg Mortimer is scheduled to begin cruising at the end of October from Ushuaia to Antarctica.

In the first half of this year, SunStone also inked orders for the sixth and seventh Infinity-class newbuilds at CMIH.

Aurora Expeditions will be chartering a second vessel, and other shps to come include Ocean Victory, due in October 2020, Ocean Explorer in January 2021, Ocean Odyssey in March 2022, Ocean Discoverer in September 2022 and Ocean Albatros in October 2022.

The CMIH facility covers approximately 1,000 acres including what is said to be the world’s largest indoor dock.