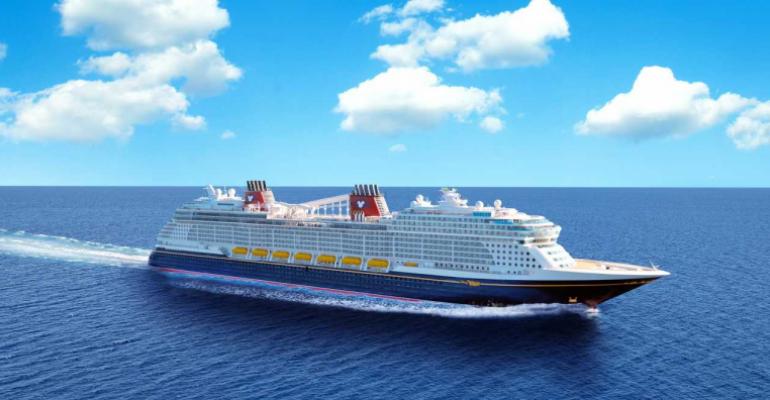 Disney Wish is due to enter service from Port Canaveral in June 2022
The inaugural season for Disney Wish, which sets sail in June, is nearly 90% booked, and Disney Cruise Line pricing is up 'significantly' in second half 2022.

The entire four-ship Disney fleet has resumed passenger operations with ratings as strong as pre-pandemic levels despite the added health and safety measures.

Walt Disney Co. CEO Bob Chapek said Disney Cruise Line continues to be one of the highest rated guest experiences of any of the company's offerings.

'Significantly higher pricing' in second half 2022

'While we expect social distancing restrictions on our ships to remain in place for at least the first half of fiscal 2022, booked occupancy on our ships for the second half of the year is already ahead of historical ranges at significantly higher pricing,' McCarthy said.

'Combined, these three vessels will help increase capacity and our footprint in a business that has historically generated a double-digit return on investment, driven by a premium price might well above the industry average,' Chapek said.