Adam Sachs sprinkles a little S.A.L.T. Down Under 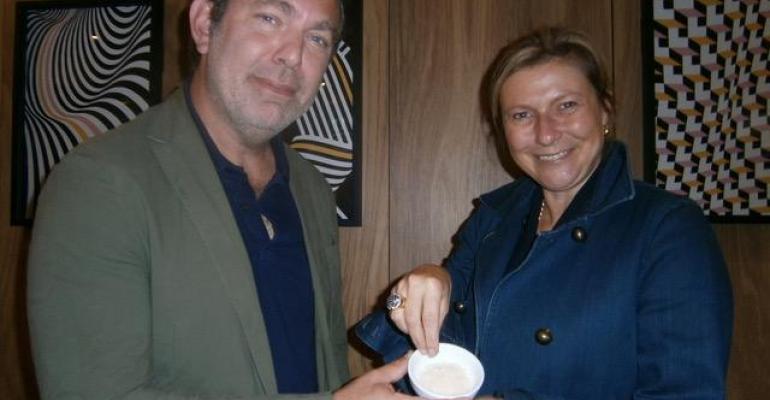 After entertaining media, trade partners and repeat passengers in Brisbane, Melbourne and Sydney, Sachs returns to New York on Saturday.

Meanwhile, Muckermann, wife of Silversea CEO Roberto Martinoli, goes on to New Zealand where she will host a function in Auckland next Wednesday.

They highlighted the S.A.L.T. features aboard Silver Moon, which will enter service next August, including the S.A.L.T. Lab where workshops, tastings and hands-on demonstrations will be held, the S.A.L.T. Kitchen which will offer regional dishes and the S.A.L.T. Bar where passengers will be able to try local brews.

‘Cuisine and cultures change as you sail around the world,’ Sachs, the former editor of the USA’s ‘Saveur’ magazine and a contributor to several major food and travel publications, told the Sydney media.

He said shore excursions will delve into each destination’s ingredients, the communities that grow them, markets and hawker centres that sell them, restaurants that best exemplify them, chefs who cook them and people who write about them.

The Sydney media lunch had a distinctive Italian flavour, recognising Silversea’s heritage, and journalists were given a gift bag that contained a packet of pasta di semola di grand duro, which must be boiled with a little salt.