It's official: Viking is getting into the US river cruise business 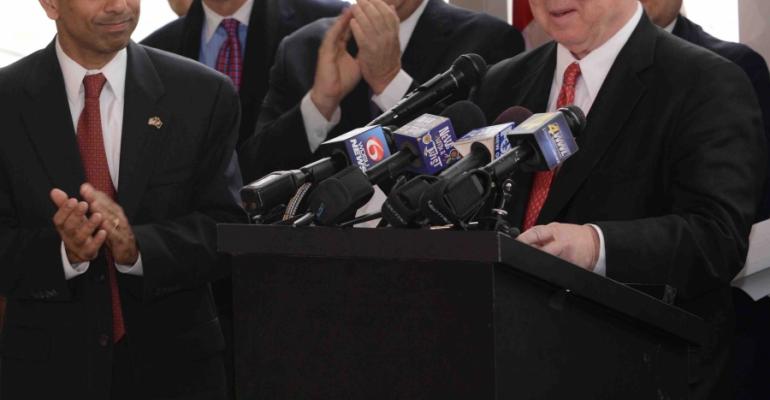 In a development that will shake up the river cruise sector, the world's largest river operator is getting into the US river business. Viking Cruises, currently with 60 vessels across Europe, Russia and Asia, plans to begin sailing on the Mississippi in late 2017.

Plans call for the construction of six vessels over the next three years at an estimated cost of $90m to $100m per vessel, all to be built in US shipyards and crewed by US citizens. The vessels will be owned by Tennenbaum Capital Partners, a Los Angeles-based alternative investment management firm, and time-chartered to Viking in compliance with maritime laws.

The cruises will operate from docking facilities near the French Quarter in New Orleans starting in late 2017.

Two boats will be deployed per year, for a total of six new boats in the first three years. Cruises will take passengers from New Orleans to stops in St. James, East Baton Rouge and West Feliciana parishes, continuing upriver to Memphis, St. Louis or St. Paul, depending on the season. The specially built riverboats will have a full complement of luxury amenities and carry up to 400 passengers each.

Last month Gov. Jindal and Hagen met at Viking’s operational headquarters in Switzerland to discuss the itineraries and the impact the project will have on New Orleans and the region. The business is expected to create 416 new direct jobs for Louisiana-based operations and vessel crews, with an average salary of $40,000 plus benefits, and Louisiana Economic Development estimates an additional 368 new indirect jobs, for a total of more than 780 new jobs in the state's southeast region.

'The Viking team is very proud to partner with the state of Louisiana, and we are grateful for the support of Governor Jindal,' Hagen said. 'We are excited about the prospect of bringing modern river-cruising to the Mississippi, a river that has been traveled by explorers for centuries.'

In March two years ago, Hagen told Seatrade Insider of his intent to expand into the Mississippi with contemporary-style vessels, sans paddlewheel. 'We can show the Americans what a river ship should really look like,' he quipped then.

Louisiana Economic Development began discussing expansion possibilities with Viking in November 2013. To secure the project, Louisiana offered a competitive incentive package that includes a $4.5m performance-based grant for site preparation at the company’s docking locations in Louisiana. Viking also will receive the customized solutions state workforce development program, LED FastStart, which will include partnerships with the Louisiana Workforce Commission and local educational institutions.

'New Orleans is on a roll, and this investment is yet another example of the continued growth across industries in our city,' Mayor Mitch Landrieu said. 'With the creation of nearly 800 direct and indirect jobs, Viking’s project will generate major opportunities for our citizens, boost our tourism industry, and continue to turbocharge the Port of New Orleans.'

'We are thrilled by the choice of the Port of New Orleans as Viking’s initial entry into the North American market,' added port president and ceo Gary LaGrange. 'Viking is one of the premier cruise brands throughout Europe and Asia. Their worldwide reputation underscores New Orleans as a destination city for both international and and domestic leisure travelers.'

Bermello Ajamil & Partners created the master plan for the port to facilitate the Viking business.