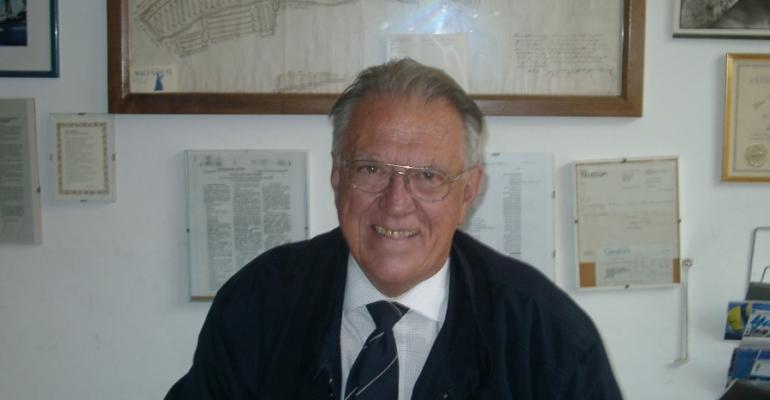 Shipping, cruise and media people from Italy and around the world gathered in Genoa Tuesday afternoon for a memorial service to celebrate the life of Vittorio Negrone, founder and president of Ediconsult Internazionale, who died last month at 83.

The Marchese Negrone, who established the company in 1972, was an outstanding representative and service partner for publishers and event organisers in the marine, cruise, yachting and defence sectors.

A great communicator, who spoke five languages fluently, he well understood how to align the varied interests of his many international clients with those of Italian industry to the benefit of all.

His association with Seatrade goes back to the mid-1970s, when he became Italian agent for all Seatrade publications. He played a major role in the location of the first Seatrade Mediterranean Cruise Convention in Genoa in the nineties.

The relationship between Seatrade and Ediconsult continues to this day.

A gifted marketeer, he was also a highly cultured man. One of his great interests was the history of Italy and, in particular, that of the Genoese Republic, in which the Negrone family have played an important role over many centuries.

Seatrade chairman Chris Hayman said: 'Vittorio was a great partner, and we will all miss his shrewd judgments and business integrity. I will remember him as a friend over many years, whose very particular sense of humour made him a great companion. All of us at Seatrade send our deep sympathy to his family and to the management team at Ediconsult.'