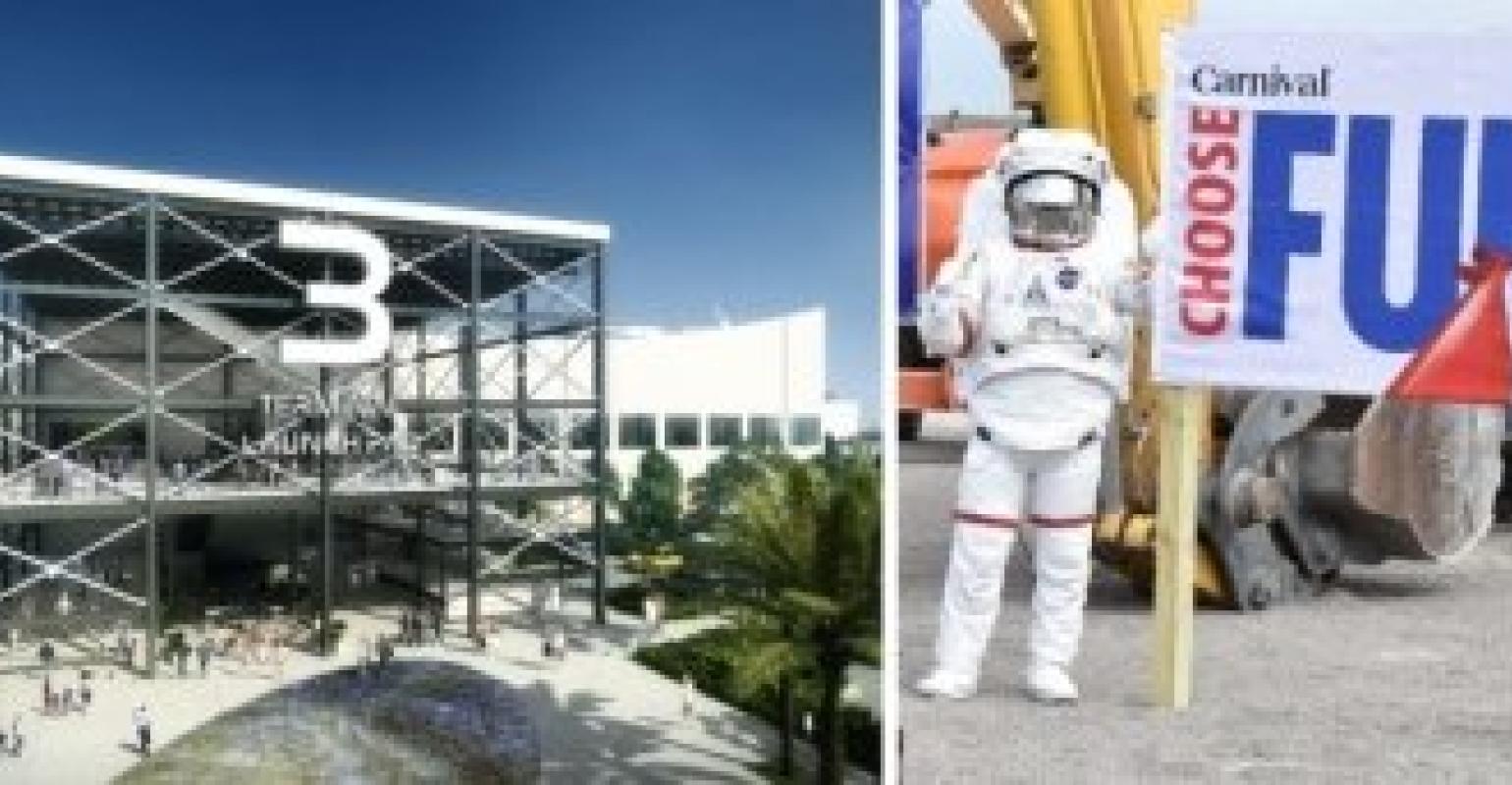 Dubbed the Launch Pad, the terminal will be the home of Carnival's Mardi Gras, beginning in 2020. Port Authority commissioners and the port’s leadership team joined Carnival executives for the ceremonial groundbreaking at the project site as NASA’s 'Spaceman' planted a Carnival flag on a simulated lunar landscape.

The event theme, 'Go for Launch,' was a nod to the port’s key role with the US space program and the terminal’s futuristic design, which was inspired by nearby Kennedy Space Center. The $163m project—the largest in the port’s 65-year history—is scheduled for completion in May 2020, ready for the arrival of Mardi Gras for year-round operations starting in October that year.

'Today’s groundbreaking is a historic milestone for our port and underscores the long-standing partnership we have with Carnival,' Port CEO Capt. John Murray said. 'The trust and confidence we’ve earned with our great cruise partner has been the foundation of success and we are excited for what the future holds. We’re building a great new terminal, for an innovative new ship, and looking forward to welcoming home Mardi Gras.'

Added Carnival president Christine Duffy: 'We began our operations from Port Canaveral nearly 30 years go—coincidentally, with our original ship of the same name. We’ve had a great relationship with Port Canaveral during that time and we’re proud, honored and excited that our newest and most innovative ship, Mardi Gras, will sail from the new Terminal 3.'

The contract to build the two-story, 187,000-square-foot terminal facility and adjacent six-story parking garage was awarded to Merritt Island, Florida-based Ivey’s Construction. The terminal will feature a high-tech baggage processing facility and check-in and security area on its second floor, with kiosks and seating for 1,700 passengers. The 692,000-square-foot garage will be able to accommodate 1,800 vehicles.

Pier construction got under way last year with the contract awarded to Titusville, Florida-based contractor RUSH Marine to remove the existing structures at the site and build a new 1,309-foot berth for Mardi Gras. Substantial completion of the project is scheduled for December this year.