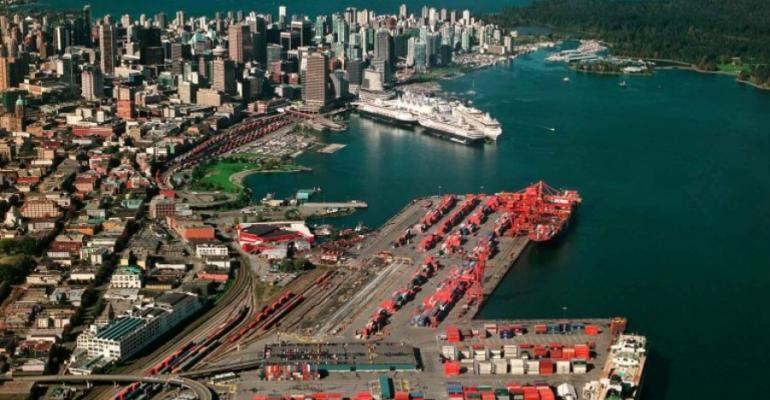 Port Metro Vancouver’s 2014 Alaska cruise season looks to be on par with a strong 2013, features several new twists and will be the last that Ballantyne Pier is used for cruise operations as the business will be fully handled at an optimized Canada Place in 2015.

In addition to long-time customers, this year Vancouver will serve as the homeport for Crown Princess. With capacity for 3,080 passengers, it is the largest Princess Cruises ship serving Alaska and will carry more than 63,000 passengers on open-jaw sailings.

Plus, the intimate Pacific Princess will be the first Princess ship in more than 10 years to sail round-trip Alaska cruises from Vancouver. Twenty calls are scheduled.

Also new this season is Celebrity Solstice, with two calls, May 8 and Sept. 23. At 122,000gt, it is one of the largest passenger vessels operating in the Pacific.

Each cruise visit stimulates $2m in economic activity for British Columbia, the port said. The business also generates approximately 283,000 room nights in Vancouver pre- and post-cruise and more than 440,000 room nights in BC overall, generating some 6,000 direct and indirect jobs, and $220m in wages and tax revenues for municipal, provincial and federal governments.

Port Metro Vancouver expects increased use of shore power at Canada Place. Last year, 82 ships connected, a 37% increase from the 60 in 2012. Since its inception in 2009, the Canada Place shore power installation has reduced greenhouse gas emissions by more than 8,400 tonnes.

In 2014 and 2015, changes to Canada Place passenger flows are planned to improve efficiency and optimize the visitor experience. Beginning in 2015, the port will consolidate its cruise business at Canada Place and retire Ballantyne Pier as a cruise terminal.