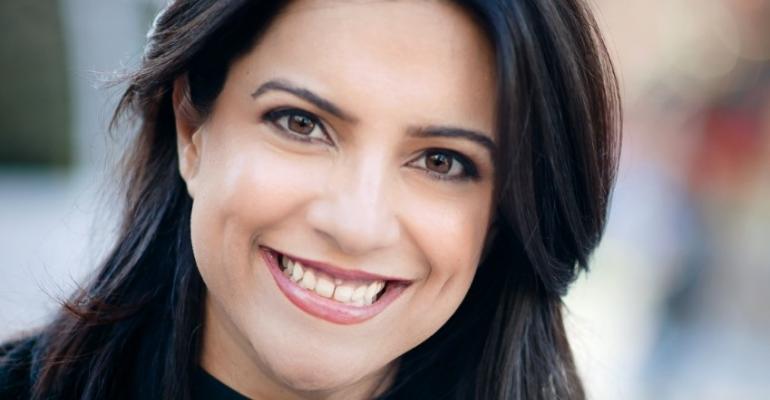 It is the first Celebrity Cruises ship to be launched in the UK in over a decade. Saujani will name Apex at its official inaugural ceremony in Southampton on March 30.

Saujani is a lifelong activist who surged onto the political scene as the first Indian American woman to run for US Congress in 2010.

Since launching in the US in 2012, Girls Who Code has a presence in the UK, US, India and Canada and runs free programmes for girls ages 11-18, to inspire them to be excited about coding and computer science by providing learning opportunities, clear career pathways and role models.

‘Reshma is bridging the gap in the historically male-dominated technology industry,’ said Celebrity President and CEO Lisa Lutoff-Perlo. ‘She is evolving the image of what a computer programmer looks like and does, inspiring a whole new generation of girls and women to bravely pursue this field.’

Saujani commented: ‘Just as we are on a mission to close the gender gap in tech in our lifetimes, Celebrity Cruises’ is leading the way to create a more diverse future in the maritime industry. It is an honour to have the support of Celebrity Cruises in our work, and to be named as the godmother for Celebrity Apex.’

In addition, Celebrity will also collaborate with Girls Who Code to offer educational coding programs as part of the cruise line’s Camp at Sea S.T.E.M. experiences onboard Celebrity Apex and Celebrity Edge, along with related experiential offerings and products.

Celebrity Apex will begin her inaugural season from Southampton in April 2020 with a mini-season of five sailings to Northern Europe destinations and then spend the summer sailing seven-to-12-night itineraries in the Mediterranean.

In November, Celebrity Apex will reposition to Fort Lauderdale for a winter season of week-long Caribbean sailings.