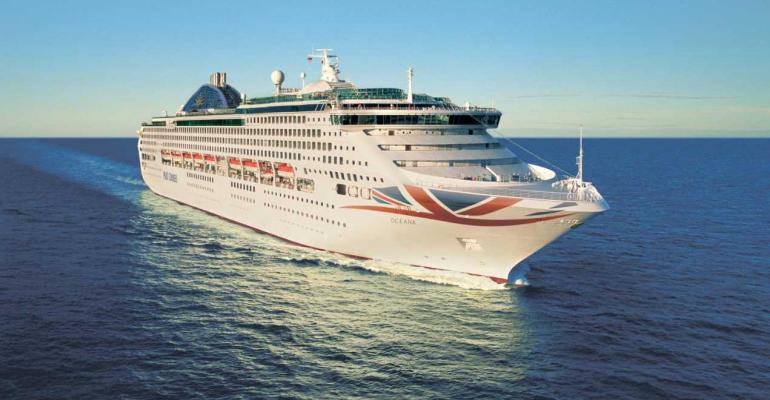 P&O Cruises has confirmed the sale of Oceana

In mid-June, the company signaled plans to sell six ships that would exit within 90 days. One ship was sold, and agreements are in place for the disposal of five more and preliminary agreements for an additional three ships, all expected to leave the fleet in the next 90 days.

P&O Cruises has confirmed Oceana will exit, and Costa Victoria has been reported sold.

The nine ships are in addition to the sale of four ships announced prior to fiscal 2020.

In total, the 13 ships expected to leave the fleet represent a nearly 9% reduction in current capacity.

Only a few to be 'recycled'

Most are going to deployment in other markets; 'just a few' are expected to be scrapped, CFO David Bernstein said — or, as he preferred to call it, 'recycled.'

Sixteen newbuild deliveries will be delayed, by an average of five months, according to Bernstein.

No plans to cancel newbuilds

The company is not planning or holding discussions about canceling any newbuild orders, Carnival Corp. & plc President and CEO Arnold Donald said.

'We have been transitioning the fleet into a prolonged pause and right-sizing our shoreside operations,' Donald recapped. 'We have already reduced operating costs by over $7 billion on an annualized basis and reduced capital expenditures also by more than $5 billion over the next 18 months. We have secured over $10 billion of additional liquidity to sustain another full year with additional flexibility remaining. We have aggressively shed assets while actively deferring new ship deliveries. We are working hard to resume operations while serving the best interests of public health with our way forward informed through consultation with medical experts and scientists from around the world.'

Donald added: 'We will emerge a leaner, more efficient company to optimize cash generation, pay down debt and position us to return to investment-grade credit over time, providing strong returns to our shareholders.'

The company said it continues to explore opportunities to further reduce its monthly cash burn rate.

As of June 21, approximately half of passengers on canceled sailings had requested cash refunds. Despite substantially reduced marketing and selling spend, Carnival said it continues to see demand, with new bookings for 2021. Over the first three weeks in June, almost 60% of 2021 bookings were new bookings. The remaining 2021 booking volumes resulted from future cruse credits being applied to specific future cruises.

As of June 21, cumulative advance bookings for full year 2021 capacity currently available for sale remain within historical ranges at prices that are down in the low to mid-single digits range, on a comparable basis, including the negative yield impact of FCCs and on-board credits applied.