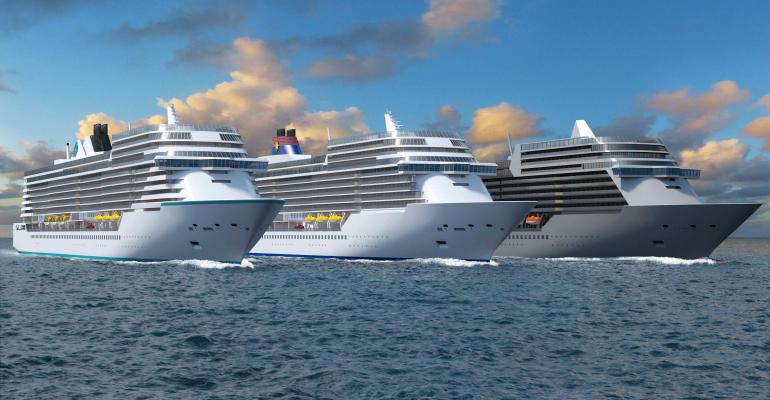 Genting Hong Kong revealed plans for a new series of ships to be built at its MV Werften and operated by Genting for global hotel brands.

The 88,000gt Universal-class ships will accommodate 2,000 passengers, with the first to be delivered by the end of 2022.

The news was announced Monday at the keel-laying for the second 208,000gt Global-class ship for Dream Cruises in Rostock.

‘We are here for the keel-laying of the second Global-class ship,’ Genting HK Chairman and CEO Tan Sri KT Lim said. ‘But, more importantly, we are starting the design and building of the next series of ships, the Universal-class ships, the first to be delivered by the end of 2022.’

The Universal-class ships are designed, built and operated with ‘complete freedom,’ making cruising more like a land vacation, Genting said.

For hotel brands wishing to enter the cruise industry

Genting will operate these ships for hotel brands that want to enter the cruise industry, but are unable to do so because almost all building slots are occupied for a decade out.

‘The major hospitality brands are uncompromising in protecting their brand image and the Universal-class ships are perfect as they carry the most trusted and respected “Made in Germany” label. They are designed with the highest safety and environmental standards, including LNG propulsion,’ said Peter Fetten, president and CEO of MV Werften.

‘We will be an experienced yard by then, having delivered two 208,000-grosston Global-class ships, the largest to be built in Germany, and the Universal-class ships will keep MV Werften with a full orderbook until 2024.’

All participants placed lucky coins on the keel block before the 95-meter-high gantry crane lowered the 470-ton section into position.

The 342-meter Global-class ships are being built on a parallel basis at the MV Werften locations in Rostock, Wismar and Stralsund. The 220-meter long midship section for Global Dream was produced in Rostock and towed to Wismar in November for assembly of the bow and stern and superstructure. Installation of the 2,500 passenger cabins fabricated at MV Werften Fertigmodule and the public areas will be completed in Wismar. Delivery is planned in 2021.

More than 600 companies are involved in Global Dream’s construction.