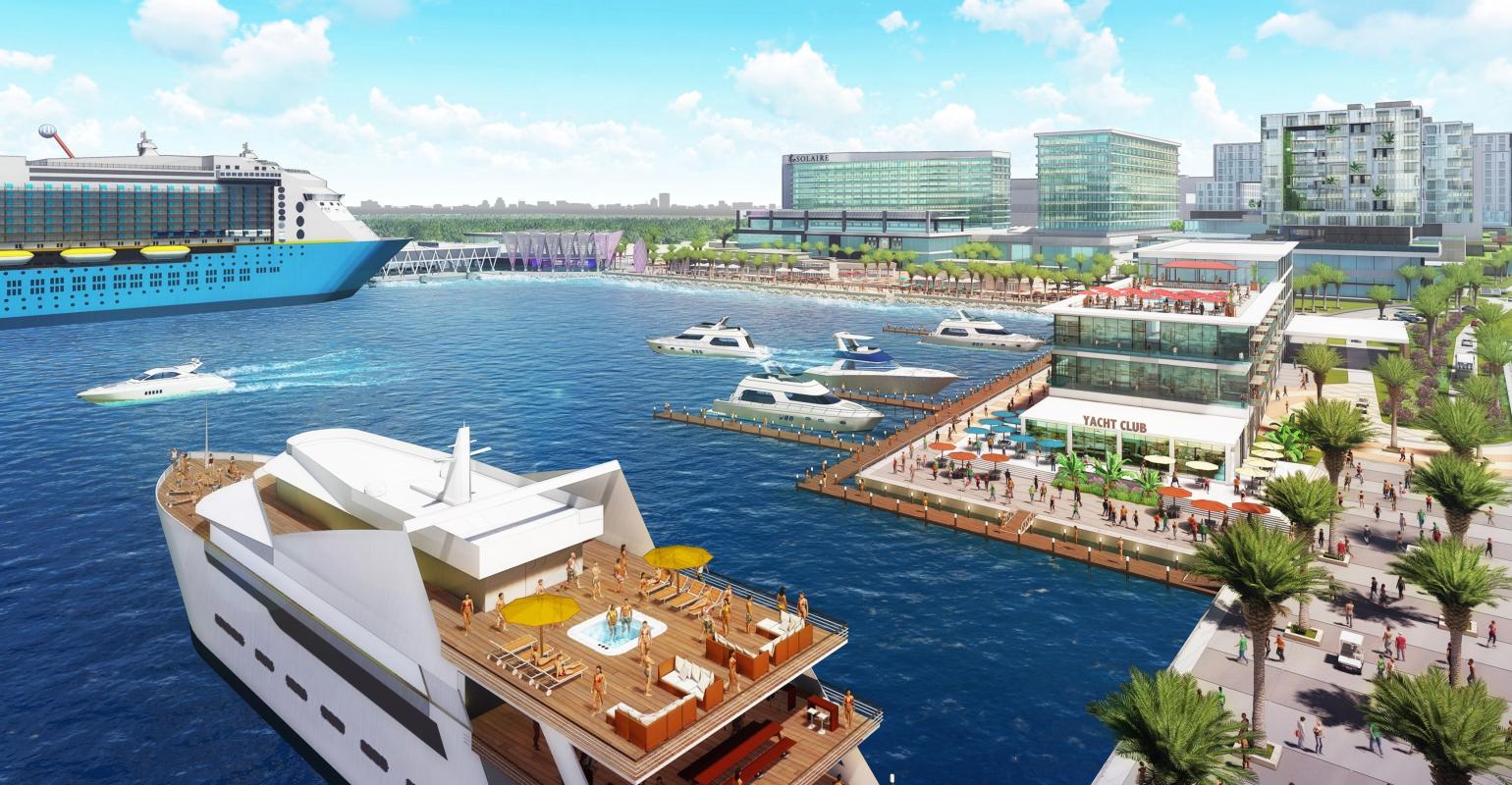 Berthing for two mega cruise ships
Bloomberry Cruise Terminals Inc (BCTI) will delay the start of construction on the Solaire Cruise Centre in Manila, Philippines by one year.

‘The threat of COVID-19 and its associated response by national governments in Asia has prompted BCTI to delay the beginning of construction by one year so as to have greater visibility of the buoyancy of the cruise market in this region,’ says Guillaume Lucci, senior advisor for BCTI.

Lucci reports that BCTI has completed the preliminary and design stages for the cruise centre, a $308m project under Sureste Properties Inc., a subsidiary of Bloomberry Resorts Corp, operator of the Solaire Resort & Casino.

Originally scheduled to open in August 2021, Solaire is a luxury cruise centre located within an integrated resort. Upon completion, the cruise port will accommodate two mega-size cruise ships simultaneously, one berth for vessels up to 365mtr and one for vessels up to 345mtr, in a linear berth configuration.

Despite the construction delay, Lucci believes that ‘Asia remains a resilient and emerging market.’