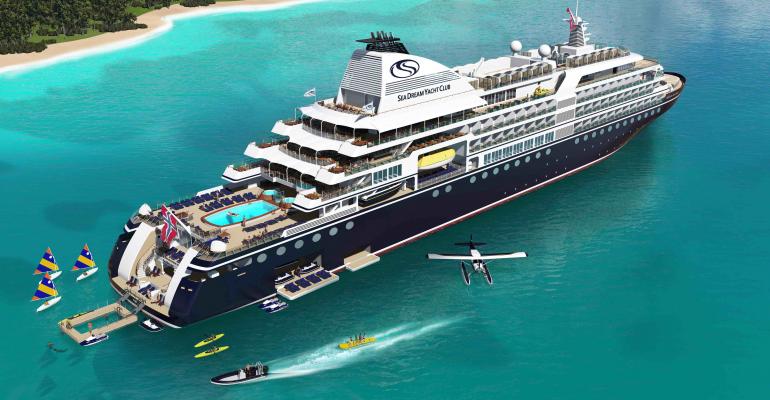 The 15,600gt SeaDream Innovation would have carried 220 passengers in all-suite accommodations

SeaDream Yacht Club said it and Damen Group have ‘in good faith and with mutual understanding decided not to proceed’ with a newbuild.

SeaDream Innovation was scheduled to be delivered in September 2021.

According to SeaDream, both parties are open to potential future projects and collaboration.

‘The response from our past guests and the market in general has been overwhelming, despite the ship not being scheduled for delivery for almost two years,’ SeaDream EVP Andreas Brynestad said. He added that booked guests will be contacted and issued full refunds in the coming days.

SeaDream said it is ‘actively pursuing other newbuild opportunities.’

According to SeaDream Owner and Chairman Atle Brynestad, ‘The company has been debt-free for several years and has the equity needed to expand the fleet. We hope to announce a new ship in 2020.'

Last March SeaDream ordered the 15,600gt luxury mega-yacht, a breakthrough in the ocean cruising sector for Damen. It was to carry 220 passengers in all-suite accommodations and, with a Polar Code 6 rating, it would be able to operate in polar regions.

Atle Brynestad had called the newbuild project 'a dream of mine for many years.'

A worldwide deployment had been planned, and the 'Global Yachting' tagline was coined to promote the ship.

SeaDream Innovation was to be built and outfitted at Damen's Mangalia shipyard in Romania, with work to have begun in October this year.

SeaDream said its SeaDream I and II continue performing well, with the company seeing record revenue years. Plans to refurbish the suites on both vessels will proceed, starting with SeaDream II in the spring.

SeaDream has operated the twin yachts since its founding in 2001.