Sustainability snapshot: What HAL’s doing on the F&B front 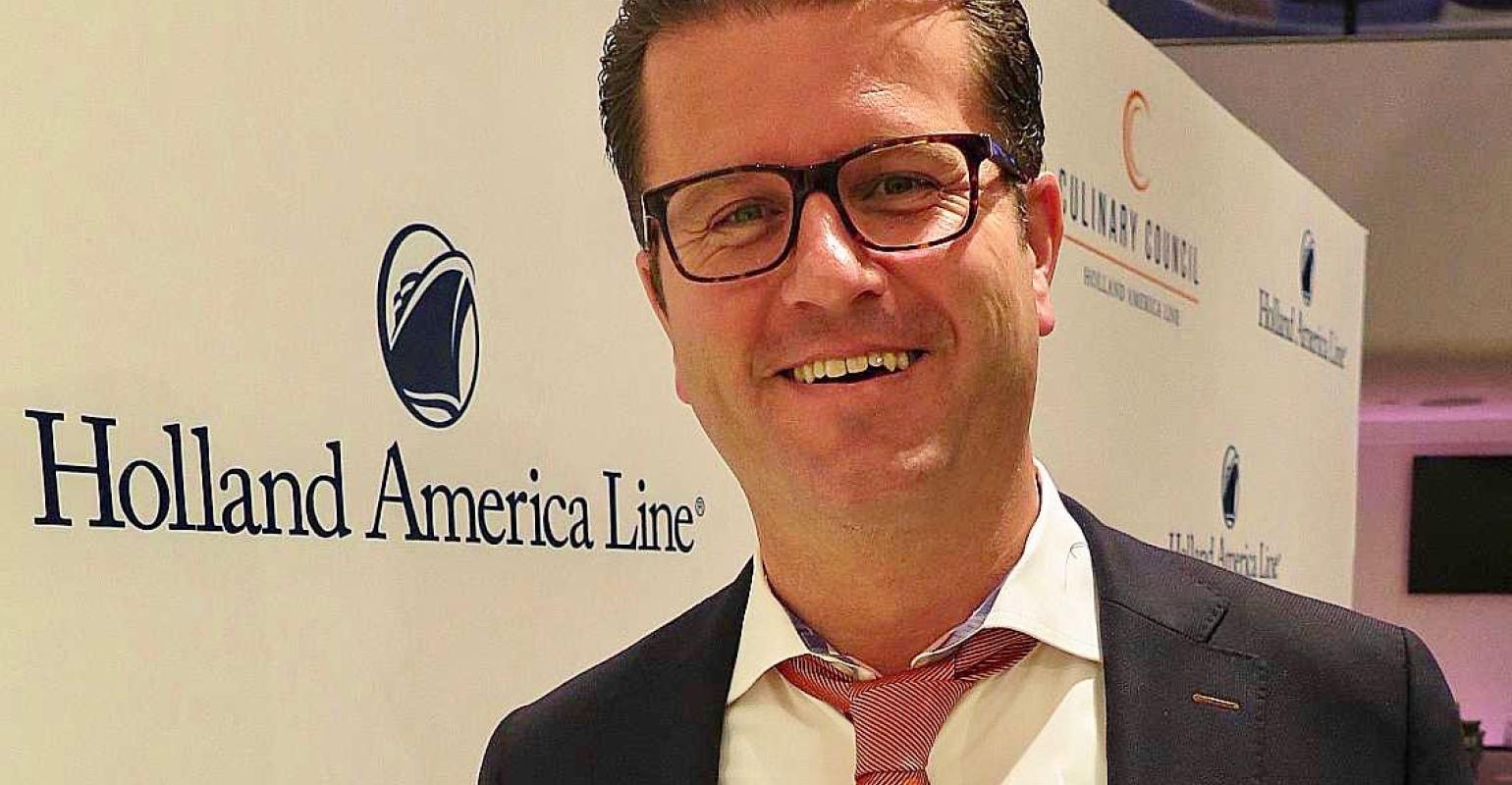 ‘Ultimately, we want to get to the point where there are no bottles on board and just make our own water. Until then, we’re using glass and aluminum,’ said Frits van der Werff, VP food and beverage.

HAL tested various products before making the switch in October. Its supplier is Chicago-based Open Water.

During a recent Holland America Line Culinary Council event in Manhattan, van der Werff used the trendy setting to point out that bars, airports and hotels are increasingly shifting to single-serving beers, wine and cocktails in aluminum.

And this makes sense for cruise ships, too, because ‘Anywhere you offload aluminum, you can recycle it,’ he said. Why? Aluminum has a value.

Other changes on the sustainability front are corn-based stirrers that break down into fish food. These replaced the paper straws that had supplanted plastic cocktail sticks.

From single servings to bulk dispensers

‘Everything is pretty much now served in bulk,' according to van der Werff. It’s a process. ‘Come May, there will be very little to no single-use items,’ he said.

When it comes to hot beverages, the focus is on china — not paper cups. If passengers request coffee to go, they get cups with a corn-based liner, not the standard plastic-lined paper cups, and a paper lid. And no more wooden stirrers — ‘Just a spoon,’ van der Werff said.

How are these changes accepted? For the most part, people go along, especially when they understand it helps the planet. Though, every now and then, somebody demands Equal (HAL chose Stevia) or requests 20 plastic bottles of cola in their stateroom.

Sustainability initiatives are explained in a stateroom television message by HAL President Orlando Ashford, and signs are found at the bar counters.

And there’s more — or, rather, less

No more cling wrap in the galley. No garbage bin liners. Trash goes directly into the bin, and the bins are washed. Only if trash needs to be offloaded is it put into plastic bags.

HAL is also working with its supply chain to reduce cartons and plastic packaging.

Among a number of further initiatives, HAL last September committed to reducing food waste by 20% in 1.5 years. Already it has achieved a 12% reduction through efforts like ‘Feed your body, not the bin,’ an educational campaign targeting the crew.

Van der Werff explained the goal is to make eliminating food waste the norm among employees. This ultimately fosters ‘more environmentally friendly citizens.’ So it’s not just transforming the company’s business model, but impacting society, too, he said.

In still another effort, biodigester technology is being tested in the galleys across Carnival Corp. ships, including some of Holland America's.

Switching from plastic to aluminum water bottles, from paper cups to china, from sugar sachets and single-serving cereal boxes to bulk dispensers has a price, though.

‘It costs hundreds of thousands of dollars to make this happen,’ van der Werff said.

But it’s the right thing to do.