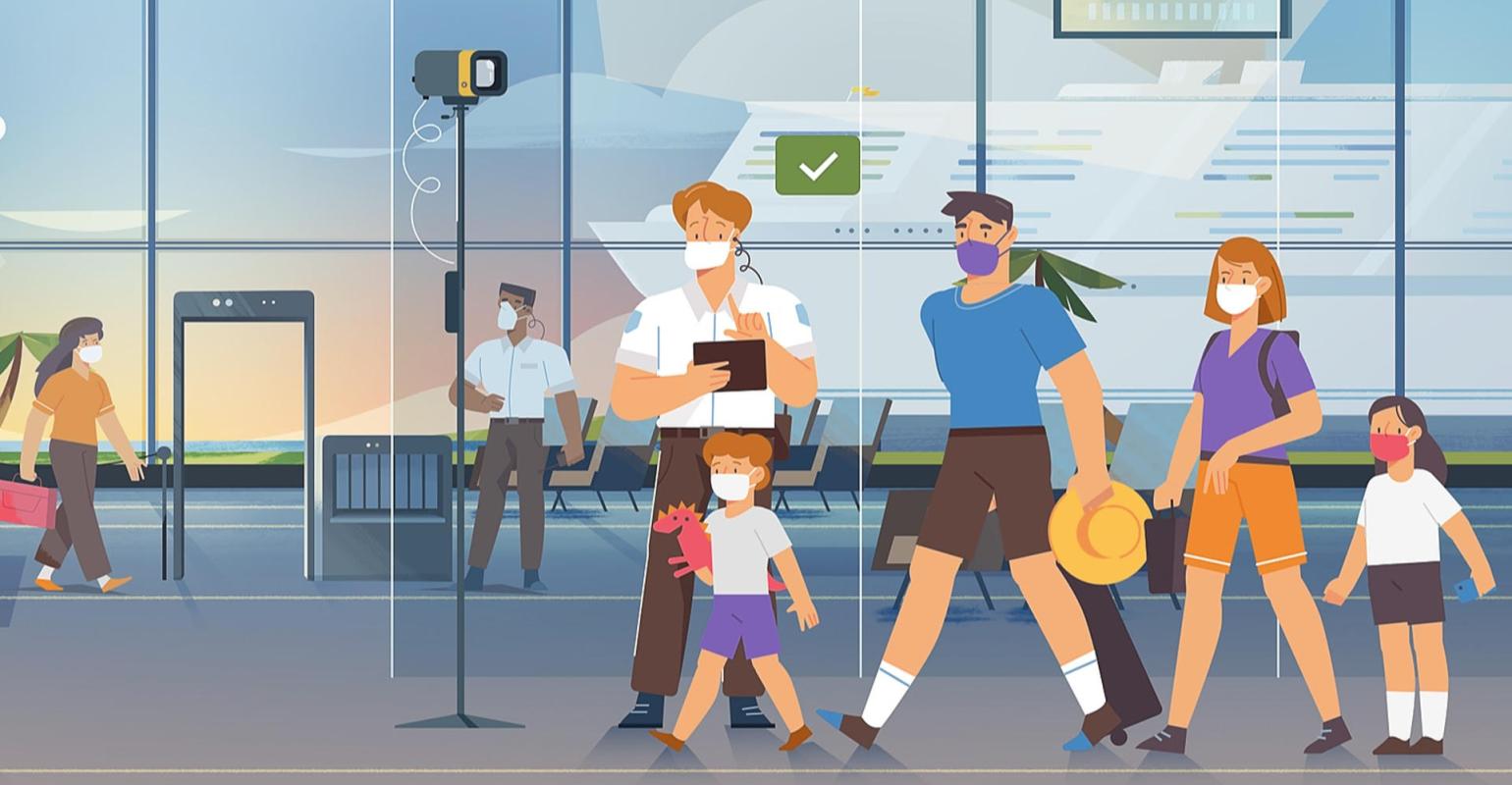 'This is a turnkey process, all in,' said Carlos Torres de Navarra, a former longtime Carnival Cruise Line/Carnival Corp. port operations senior executive. He's working with Rob Lasky of American Guard Services, a subsidiary of WWSG, and Luis Ajamil of Bermello, Ajamil & Partners (B&A) on a process that melds terminal assessment/configuration, technology, equipment and operations to help cruise lines, ports and the destinations they serve.

American Guard Services is a longtime provider of security to the cruise industry, while B&A are experts in port and terminal planning and design.

Torres de Navarra said the aim is for an 'industry-leading standard in this new sailing environment.' To restore the public's confidence in cruising and reassure the communities that ports serve, health screening protocols will need to be elevated and visible, he said, similar to post-9/11 security screening.

Currently, most ports are waiting to take their cue from the cruise lines, or the US Centers for Disease Control and Prevention or Cruise Lines International Association. If that's the case, 'We won't be cruising until 2025,' Luis Ajamil said during a recent Seatrade Cruise webinar.

'[Ports] have to make a determination of what is going to be provided, not based on what CDC says, not based on the cruise lines. The disembark is based on what the community is looking for and that will go such a long way in helping the cruise industry return to that city,' Ajamil continued. 'If a port takes a leadership position, saying "These are the steps we're taking to protect the city," that is going to be so big.'

To help ports do this, WWSG will expand its security services to include health screening and branch out from the homeport to the port of call environment, too. It will engage B&A to assess cruise terminal flow and design social distancing plans.

Social distancing will have a dramatic impact on terminal processing times and densities. As Ajamil said during the Seatrade Cruise webinar, B&A's simulation analysis of one of the latest and greatest cruise terminals found that introducing a six-foot distance between people would have a huge impact, doubling the time needed to disembark and embark a ship.

Add to that the time required for health screening, and there could be major issues without careful planning.

Since it's known the virus may not always be detected by these means, the protocols can be expanded to include testing and the collection of test result data of pre-tested individuals. WWSG also can provide for quarantine and the transfer of people to a health facility for treatment.

After screening protocols are agreed, each site plan would be reviewed to develop solutions for flows and the movement of equipment. 'We think there's lots of room for equipment vendors and providers,' Ajamil said. 'We want to be sure we have a platform that can adapt to each situation.'

WWSG's proposed process uses its FaceEx facial recognition technology, though other systems like Sisco's A-PASS 6 could work. It is important to integrate with the shipboard technology platform. Thermal imaging will capture the temperature of each person entering the terminal, providing early identification of those with elevated temperatures. Security personnel at the entrance will use handheld units to screen people as well.

Anyone with an elevated temperature will proceed to a secondary screening in a space that provides seating, allowing the person to 'cool off' in case the outside temperature may have influenced the earlier reading. Then temperature will be re-checked by a hand-held unit.

Should the temperature still be elevated, the traveler and their entire party will be escorted to an independent area manned by an emergency medical technician. The EMT will use additional assessments including respiration rate, blood oxygen level, travel history and underlying medical conditions, to name a few. If markers prove consistent with coronavirus, the EMT will administer a test. In any case, the ship's medical team will be alerted to determine next steps.

Unlike homeports, transit ports' designs vary widely, including some that are open to the elements. Again, WWSG is proposing its FaceEx technology when checking temperatures of people exiting and reboarding.

WWSG would deliver these new health screening protocols as an add-on to American Guard's security services.

Potential eligibility as a government fee/tax?

Among potential implementation options, it may be that local health departments will be responsible for enforcing protocols at ports, or perhaps new procedures will be mandated by CDC or other federal agencies and monitored by the US Coast Guard as part of a cruise terminal’s Facility Security Plan. If so, based on its mandatory nature and the fact that the process is being executed by a third party unrelated to the cruise line, costs will be eligible for treatment as a government fee/tax.

WWSG said it would purchase or lease all equipment, with a per-call fee that depends on a minimum number of calls guaranteed including the length of contracted services.

Where needed, WWSG would engage B&A, contractors and others as part of an all-in, turnkey package whose costs can be amortized over the life of the service contract. B&A’s services would be at the direction of the port or cruise line and costs would be agreed before engaging.