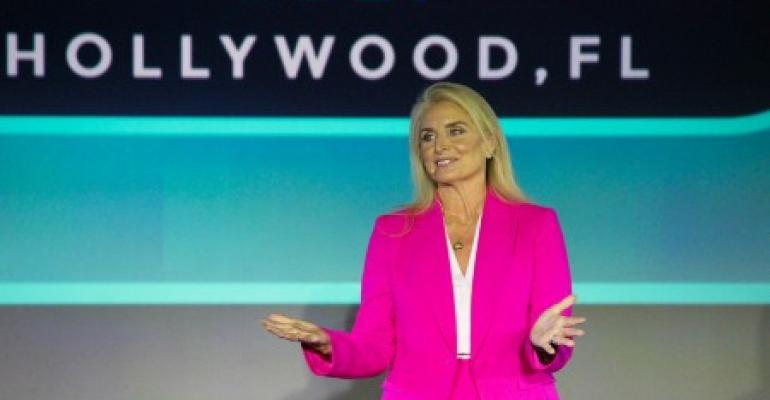 This was important, she said, in helping the cruise industry resume operations in the US.

Craighead also called on the community to remain actively engaged to address misperceptions and promote the proactive measures that cruise lines are taking to protect public health as sailing resumes.

'With industry-leading protocols in place guiding the resumption of operations in Europe and Asia, and with the growing availability of vaccines, it was you and your voices that successfully made the case for cruise resumption in the United States,' Craighead said.

CLIA’s ‘Ready, Set, Sail’ initiative engaged the wider cruise community, including travel advisors, to call on Congress and the White House to issue the instructions needed to comply with the conditional sail order that is in place until Nov. 1.

Noting that CLIA met its stated goal of working with the Centers for Disease Control and Prevention to support the responsible resumption of cruising in the US by July, Craighead went on to recognize that obstacles remain and urged travel advisors to continue to use their voices as advocates for the industry.

'We must do a better job of correcting the record'

'The industry’s reputation has been challenged like never before. We must do a better job correcting the record and telling the positive story of cruise, including our investments in environmental sustainability which totaled $23.5 billion last year,' Craighead said. 'We’ve seen the power of our collective voice. Let’s build on this momentum, using facts to dispel myths and helping others better understand the positive contributions of the cruise industry around the world.'

'I have been so impressed by how we have all worked more closely together during this crisis — cruise lines, city mayors, port authorities, cruise terminal operators, ship agents and tourism authorities as well as many of you here today,' Vago said, 'When we band together and use the collective strength of our voices, we can generate positive change.'

Cruise360 is taking place at the Diplomat Resort in Hollywood, Florida. Wednesday's opening came 501 days following the cruise industry’s voluntary suspension of global operations in response to the COVID-19 pandemic. It is CLIA's first in-person industry event in North America since 2019.