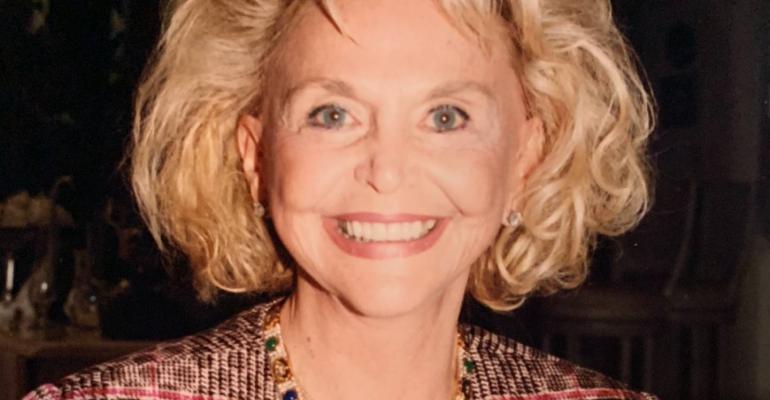 Ethel Blum, journalist and travel authority who wrote the first cruise guidebook and hosted a pioneering radio talk show about travel, died early Monday at her Miami Beach home. She was 98.

'She was a great champion of cruising,' said Maurice Zarmati, former longtime senior executive with Carnival Cruise Line and Costa Cruises. 'She loved the destination and she loved reporting it.'

Blum wrote from 'a very down-to-earth standpoint,' he said. 'She had a great personality, a wonderful sense of humor. She was one of us.'

Played a part in cruising's development

As travel editor of the Miami Beach Sun, Blum was there when the first shovel went into the ground for the development of PortMiami. Since the start of modern-day cruising, she focused on the industry's development and played a part in it.

Blum wrote for major magazines and newspapers and penned the first cruise guidebook in the 1970s. 'The Total Traveler by Cruise Ship,' which became 'The Total Traveler Guide to Worldwide Cruising,' stretched into 14 editions over 28 years and was called the 'encyclopedia of cruising.' It has been used as a textbook.

Blum was the cruise editor of Travel Trade, the founding editor of Cruise Trade and a proponent of Cruise-A-Thon, the important early travel agent conference. She hosted a nationally syndicated talk radio show on WKAT in Miami for 16 years and founded and ran a travel agency in Bay Harbor Islands. She served two terms as president of the Society of American Travel Writers.

Blum sailed on more than 300 ships and circled the globe half a dozen times, twice by sea on QE2. She didn't limit herself to ships, and covered destinations with equal candor.

'She could do a world cruise in the Queens Grill and then a week later, take a seven-day Carnival cruise. She understood the ships well enough to enjoy different experiences,' said her son Roger Blum, principal of Cruise & Port Advisors and former longtime Carnival Cruise Line executive.

Born in Cleveland, Blum published her first article in the Cleveland Plain Dealer when she was 10. She earned a journalism degree at Ohio State University. While on a family vacation in Miami Beach, she met her future husband Milton Blum, an Army colonel.

During postings that included Japan and Germany, they raised a family. Daughter Carol was born in Alabama, son Jeffrey in Fort Knox, Kentucky, and Roger in Germany.

Blum integrated herself and her children into different cultures; for example, Carol and Jeffrey attended a Japanese school in Tokyo instead of an American one. In Europe, Blum was a regular contributor to Stars and Stripes, and her experiences abroad transformed her from an investigative journalist and columnist into a travel writer.

After Milton Blum retired from the Army, the family settled in Miami Beach, where Ethel's cruise writing flourished.

In 2001, she switched her focus to philanthropy, founding several organizations and serving on their boards. Her involvement encompassed the Mount Sinai Medical Center, the Miami Jewish Home and Hospital at Douglas Gardens, two Alzheimer organizations, Project Newborn and a dozen other charities. She attained Lion of Judah status with the Jewish Federation.

Blum was preceded in death by Milton and by her second husband Eddie Dublin. In addition to her three children, she is survived by five grandchildren and three great grandchildren.

A private funeral will be held Tuesday, with a memorial service planned for later at Temple Emanuel in Miami Beach.