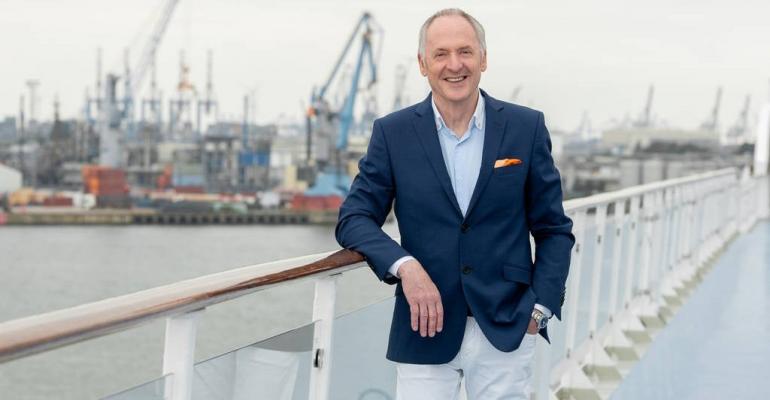 Pfitzner has been responsible for marketing Europa 2 and Hapag-Lloyd Cruises.

TUI AG said Pojer, who also chairs the leadership council of CLIA Deutschland, considered the completion of Hapag-Lloyd Cruises' integration into the TUI Cruises umbrella an appropriate time to pass the baton.

Pojer, 65, has had an international career with jobs in Germany, Belgium and Portugal at leading hotel brands such as Kempinski Hotels, Sheraton Hotels and Pestana Hotels, Resorts & Casinos. In 1996 he joined TUI and has held various management positions in the group's brands and affiliates, including at the helm of Robinson Club and as divisional director for TUI Hotels & Resorts.

In May 2013, Pojer took over as chairman of the executive board of Hapag-Lloyd Kreuzfahrten. Three years on, in April 2016, he became CLIA Deutschland chairman, succeeding Michael Ungerer.

Pojer has received numerous awards, including Seatrade European Personality of the Year and Hotelier of the Year 2020.

For his part, Pojer thanked colleagues 'who have supported me so enthusiastically on this track over the past seven years — for me, the best crew in the world. I wish Julian Pfitzner, who perfectly represents the philosophy of the Hapag-Lloyd Cruises brand, continued success in his new management role.'