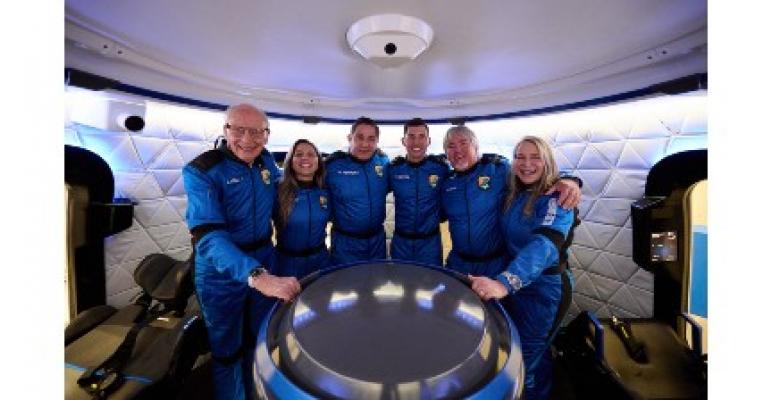 Mário Ferreira, third from left, is also the first person from Portugal to fly to space

He also made history as the first person from Portugal to fly to space.

'It’s an honor for our team to provide our customers with a life-changing shift in perspective of our fragile planet,' said Phil Joyce, SVP, New Shepard. 'It's been just over a year since New Shepard’s first human flight, and we have now flown 31 humans above the Kármán line.'

Joyce thanked these 'early pioneers in helping us realize our vision of millions of people living and working in space for the benefit of Earth.' 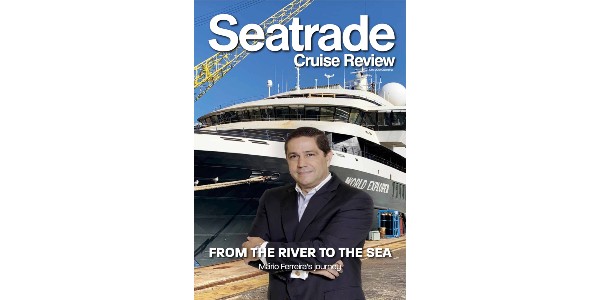 Ferreira — Seatrade Cruise Personality of the Year in 2020 — is a self-made man who rose to become a national figure in his native Portugal.

After moving to London on his own at age 16 to study at hotel school and work in a restaurant, he went to sea with Cunard for five years. Returning home to Porto, he bought a Douro day cruise boat, then a historic chateau he turned into a hotel and winery. Next he converted a day-cruise vessel into a hotel ship for Uniworld, which led to establishing his Douro Azul as the key builder and operator of Douro vessels for a host of brands.

Ferreira subsequently acquired Nicko Cruises and branched into building expedition ships for his own brands and for charter (Quark Expeditions is a client) with a growing fleet that's due to take delivery of World Traveller in the coming months for Atlas Ocean Voyages. 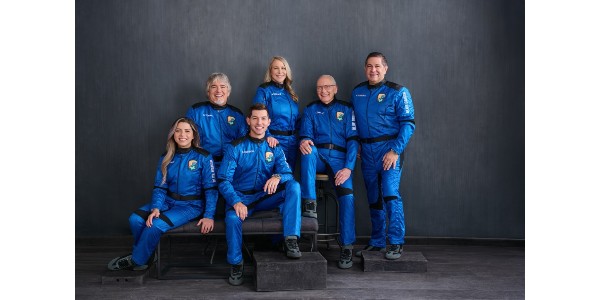 Man of many facets

Now add to that astronaut.