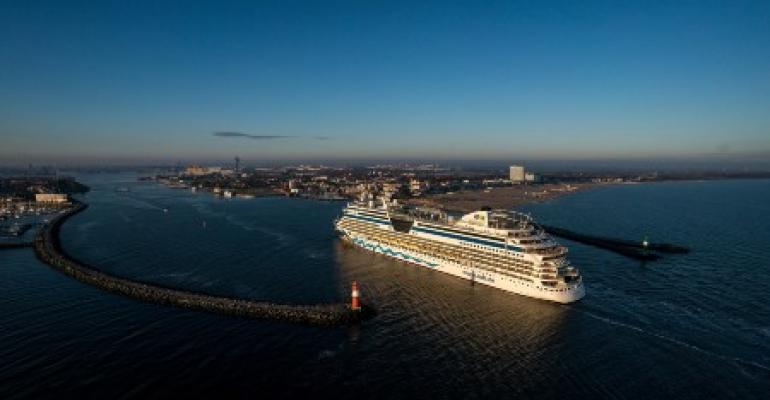 Rostock's 2021 cruise season ended Tuesday night with AIDAdiva departing for the Caribbean. The port expects to close this year with 47 calls and looks to 2022 with optimism.

Both Rostock Port and AIDA Cruises described the May inauguration of Warnemünde's new shore power plant, supplying up to 20 MV to ships at the P7 and P8 piers, as the season's highlight.

Though the official season is over, Rostock Port expects three additional calls before year's end, making the total of 47. Phoenix Reisen's Amadea is due Nov. 18 and Dec. 5, and TUI Cruises' Mein Schiff 1 Dec. 7.

Passenger volumes, to be tallied after these calls, will be much better than in 2020 when Rostock-Warnemünde received Hapag-Lloyd's Europa on Oct. 2 as its sole cruise call. Some 207 visits by 44 ships had been expected.

Season much better than forecast

Early predictions in spring this year were for only 15 calls by AIDAsol from late June until mid-September. This was significantly surpassed, both the season's length and the number of calls. Moreover, things went smoothly and without incident.

The vast majority of passengers were Germans or Europeans from neighboring countries, though Rostock-Warnemünde — as the 'Gateway to Berlin' — has traditionally accounted for the largest share of overseas passengers among all German cruise ports.

While 2022 is unlikely to see an immediate return to that variety, it is expected the situation will further normalize with more calls and an earlier start to the season. Rostock Port, though, has not released forecasts.

MD Jens A. Scharner on Tuesday praised the close cooperation among the port, cruise lines, authorities and local officials, saying it formed a good basis for a successful 2022 season.

The new shore power plant at Warnemünde was officially inaugurated May 10 by AIDAsol. Subsequently, AIDAprima was tested and certified to use the facility, too, as it stayed at the port June 1-29 during preparations to restart passenger operations.

AIDAsol, however, was the only vessel to use shore power regularly this year.