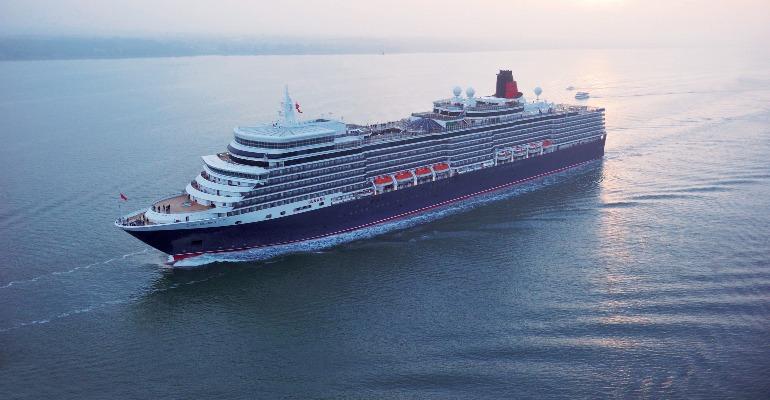 Cunard’s Queen Mary 2 and Queen Victoria will sail 102-night and 101-night cruises, respectively, in 2023 to mark the 100th anniversary of the cruise line’s first world cruise, while Queen Elizabeth will embark on homeport sailings around Australasia.

The news was presaged here.

Bookings open today for past guests and to the wider public on March 17.

Passengers can also sail shorter journeys — from two to 40 nights — on board each vessel, instead of the full centenary sailings.

‘Cunard pioneered the world voyage,’ commented Cunard President Simon Palethorpe. ‘World cruise launch is always an exciting time for us and our agent partners which we expect will be especially the case this year as we celebrate 100 years of world voyages.’

Events ashore and on board are planned, with entertainment and dining set to reflect each region of the world visited.

Queen Elizabeth will provide two- to 28-night Australasia sailings with departures from Sydney, Melbourne, Adelaide, Fremantle and Auckland; a 28-night circumnavigation of Australia voyage will also be available.

All bookings made by agents before March 31 this year will benefit from the 1% commission increase announced by the cruise line in December.

Double Shine points will be applied to all Cunard Fare bookings made between 16 and 23 March.